Guardians of the Gate 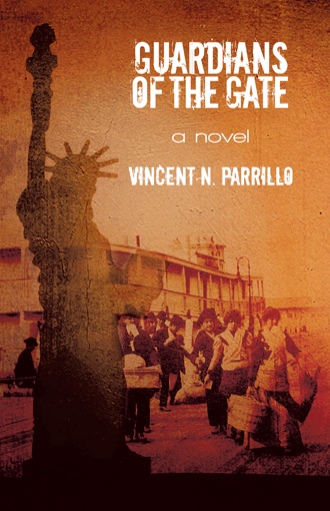 Each person lives two lives, an external one of social interactions and an internal one of self awareness. The public self—revealed to outsiders, even colleagues—is often a façade masking real thoughts and vulnerabilities of the private self. Everyone at Ellis Island—immigrants and employees—each in their own way knew this reality. Dr. Matthew Stafford was the envy of everyone. Often the topic of conversation at Ellis Island and in New York society, people praised him as handsome, warm, sincere, competent, and as someone with a promising career and a wonderful wife. They did not know his inner torment. Guilt-ridden and frustrated, he felt like two different people. Peg brought love, stability, and many social interactions into his life. When he was with her, he recognized his love and obligations, and he embraced them. Yet when he was with Nicole at the hospital, he was a different man. Ever since she had given him a glimpse a few weeks ago of sexual excitement and fulfillment he had never before known, her presence delighted him. To coworkers their interactions always appeared professional and friendly. Unknown to the others, however, were Nicole’s occasional secret light touches of Matt’s hand when he least expected them. Those glancing contacts electrified him, and sometimes he squeezed her hand in response. She would then just smile and move away. Her sensuality enthralled him. Once, seizing an opportunity when they were alone, he whisked her into an examining room and grabbed both her wrists. Raising her arms above her shoulders, he pressed her against the wall with his body and kissed her passionately. His unexpected actions, momentarily rendering her helpless, were not unwelcome. In truth, what he was doing excited her. She eagerly kissed him back, and he released his grasp, allowing her to embrace him as he embraced her. Their few clandestine moments ended all too quickly, however, inasmuch as they could not risk being discovered. Since then, there had been numerous flirtatious moments and fleeting kisses. He relished the physical pleasures that dallying with this beautiful, sensual woman brought him. The experiences were all so wonderful that he didn’t want to end them, even though he realized that he must. Without question, time spent with Nicole was far more exhilarating than time spent with Peg. He realized that part of his feelings were influenced by the thrill of the new and forbidden against the familiar and routine, but he was also certain it was more than that. And so, when he was alone, his emotional tug-of-war anguished him. One woman he had loved enough to marry. He still loved her, but now believed that he was falling in love with Nicole. With her, his sensual nature found expression. With her, his innermost self found release. And, with her, he had rediscovered the joy of life. Nicole Devereaux often reflected on the wisdom and irony of her situation with Matt. Her looks had long attracted men’s attention and her friendly manner had often been misinterpreted as an invitation. With a small joke or polite demurral, she would turn aside these unwelcome advances, wary of getting involved and finding most men shallow and selfish. All most people knew were the superficialities of contact with her and, most especially her beautiful face and beguiling smile. Her seemingly unapproachable public image hid her sensitive, passionate nature. It was her defense against getting hurt again. Years earlier, she had lost her virginity to a man she cared deeply about. Soon afterward, that relationship ended, and it ended badly. Still believing in herself and possessing a healthy self-esteem, she occasionally took risks in forming new relationships, but she also exercised great care in who she allowed close to her. Tom Lindstrom had been the best of the lot until she discovered Matt. In their all-too-few moments together, everything about Matt—his face, his body, his scent, his charm—were all sensuous and exciting. She enjoyed his kisses and thrilled in experiencing the sensation of his body pressed against hers. She could also tell by the way he kissed her that Matt was the man she hoped he would be. He kissed her gently, sensitively, and lovingly. She sensed that he would be a generous lover, giving of himself as fully as she wanted to give. Here was a man, she believed, who could unleash fully all her passion. Yet, she didn’t dare let go, because he was married and not hers to have. She knew that their sensual playing,as agreeable as it was, would lead to no good. There were too many negative factors regarding his married reality—the need for secrecy, fear of discovery, conscience, limited opportunities, frustration—that undermined his positive qualities and the chemistry between them. Time with Matt was pure pleasure and time away from him was torture. She found herself thinking about Matt even when she was with Tom. She felt like a hypocrite, luring Matt away from his wife and deceiving Tom as well. She didn’t like such duplicity in herself. She knew she traveled a dangerous course bound for pain. Their relationship could also jeopardize Matt’s career. Things had already gone too far. She resolved to do something about the situation before she became even more entangled in the web of pleasure and pain. She decided that John White’s Christmas party for the medical staff would provide the opportunity.

It is August of 1895 as Dr. Matt Stafford’s ferry nears Ellis Island. His spirits soar as he approaches the island filled with immigrants pursuing their dreams. Seeking a change from the routine of his hospital surgical practice, he decides to take a temporary leave to provide medical care to those who left their homelands in pursuit of the American Dream.

Eager to interact with the newcomers, Dr. Stafford is quickly intrigued by their personal stories of struggles, courage, and determination. Soon though, everything is about to change on the island; major conflicts unfold, immigrants are exploited, and a riot takes place. Becoming entangled in a secret passionate relationship, Dr. Stafford witnesses President McKinley’s assassination and a societal backlash against the rising tide of immigration. As he valiantly struggles to find emotional fulfillment, a series of events will lead to dramatic changes—both at Ellis Island and in his own life.

Based on actual events, Guardians of the Gate shares the intriguing tale of the people and provocative occurrences that occurred at Ellis Island during the 1890s and 1900s—through the eyes of a dedicated physician on a compelling quest for fulfillment.

VINCENT N. PARRILLO is a professor of sociology at William Paterson University of New Jersey. An internationally recognized expert on immigration and author of several leading textbooks, he is also the executive producer, writer, and narrator of three award-winning PBS television documentaries, Gaetano Federici: The Sculptor Laureate of Paterson (2013); Smokestacks and Steeples: A Portrait of Paterson (1992); and Ellis Island: Gateway to America (1991). He currently lives in northern New Jersey.