A Break in the Rain

A Boy, His Coach, and a Special Wish 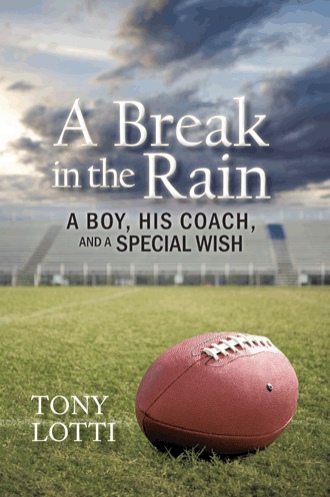 "As the coach waited, he watched Mikey playing in the gym with the football. With the ball tucked awkwardly under his arm, Mikey weaved in and around areas of the gym on his way to the other end. Once he made it over the baseline, he would spike the ball and put his arm up in the air to display his index finger signaling to the world that he was No. 1, followed by some kind of dance that had its own unique steps. As he watched Mikey’s jubilant celebration with the football, the coach just couldn’t get over the fact that he was going to bring a tear to the face of a young boy who was always filled with cheer and a smile. Sadness—the one emotion that he had never seen from Mikey—was just moments away, and he didn’t know if he himself would be able to cope with the aftermath of grief that was getting ready to alter Mikey’s life forever." 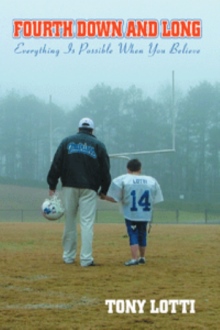 Mikey Carmello loves football. Appointed manager for a high school team, Mikey has but just one dream in life—to score a touchdown for his beloved Wolves. Unfortunately, everyone thinks it is too risky for Mikey to play football—he has Down syndrome. But as football season ends, Mikey has no idea that someone is about to give him a break from the rain. Mikey and the high school football coach share an uncommon relationship. With Mikey’s special wish in mind, the coach begins to develop a plan to form an organized football league so that Mikey can safely score the touchdown he has always wanted to achieve. But when Mikey’s father is suddenly killed in a car accident, the coach willingly steps into a father role and begins teaching Mikey how everything is possible in life—if he just believes. As the coach and Mikey step into the future together, both are forever changed by their inspirational journey through adversity, societal labeling, and a victory like no other. A Break in the Rain is a story about how a coach chooses to be a champion for a little boy with a simple wish and lifts himself up in the process.

Tony Lotti graduated from Tennessee Wesleyan College, where he was awarded All-American and All Conference honors in football as a punter. After college, he attended training camp with the New England Patriots. He is the author of Fourth Down and Long and currently teaches and coaches high school football in Stockbridge, Georgia.