The World Beyond the Pale

ONE LIFE BETWEEN TWO WORLDS 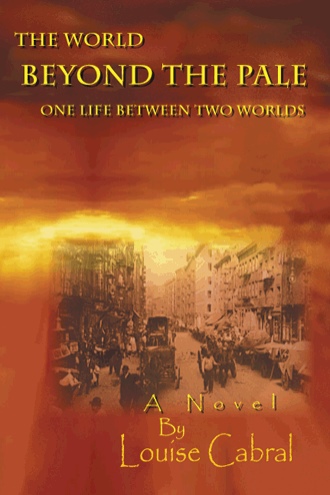 She was holding Moishe's gyn when she walked in. Her face was red and raw. The tears were flowing down her cheeks, and her hand was still bleeding from the cut glass in her kitchen sink. In a tone so firm and strong that it surprised her, she said, "You will give me the seven hundred and fifty rubles you received for my dowry and you will give it to me now or I will blow your head off." 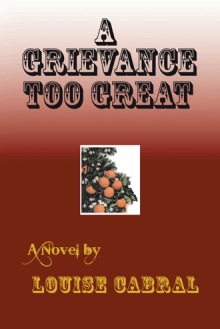 A Grievance Too Great
Louise Cabral
$20.95

Esther Rabach’s story begins in a Jewish shtetl (a small village) within the Pale of Settlement, an isolated area designated by Catherine the Great during her anti-Semitic rule of Russia. Esther, young and naïve with a head full of romantic dreams, embarks on a journey to America to marry the man she loves.

Arriving in New York City in 1910, she discovers a world of ferment, chaos, and inequality known as the Sweatshop Era, where immigrants are exploited and abused. Experiencing these injustices first hand, Esther becomes a dedicated activist in the fight for an equitable America.

Louise Cabral, in her skillful writing, has accomplished a portrait of a woman’s transformation from innocence to true heroism. The World Beyond the Pale will take the reader on a voyage between the devastation of the Old World and the hope for the New World.

“Louise Cabral writes with the impassioned insight of a wise, true elder—a quality age alone can’t guarantee. She writes with a courageous heart—willing to be broken open for the sake of being filled. My heart and mind have been enriched by virtue of her literary gifts.”
—Wayne Allen LeVine, author of Insights of an Ordinary Man

“The World Beyond the Pale is an inspiring and uplifting story with a powerful female protagonist. I love Esther. All of the characters come to life through a realism that nothing is certain, all things change, and overcoming the obstacles is the triumph.”
—Aurora Terrenus, author of The Shroud of Sophia

“The World Beyond the Pale captures your heart while it effortlessly feeds you historical bite after juicy historical bite. Through her compassionate words, Louise Cabral pays homage to the Jewish culture and brings life to a story that gives a voice to many who were silenced too soon.”
—Valerie Kruley, editor

Louise Cabral is the author of six novels and is currently at work on her seventh. Her book Islands of Recall is a guide for those who wish to write their life story, both past and present. She lives in Southern California and continues to lead an active lifestyle into her vintage years.