My Year in Afghanistan 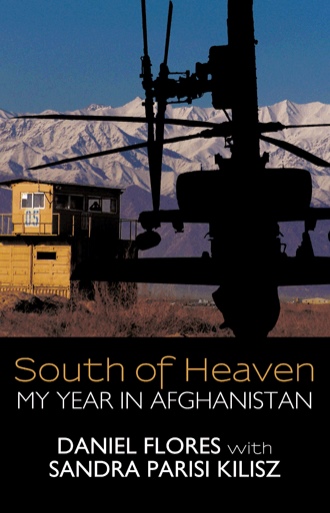 I asked my daughter what she thought about her father going to war. With an answer well beyond her 10 years of age, she said, “Dad I know you’re going to be O.K. You’re the best at what you do, and God told me he will take care of you, so I’m not worried”. One thing I’ve learned as a parent is that kids are smarter than most adults give them credit for. Her answer left me speechless. I had expected her to start crying, or run off to her room and slam the door closed because she did not want to talk about the inevitable. Instead, we talked about what to expect while I was gone. I listened to her tell me what she thought about the war, and why I had to go. She seemed to fully realize that our country needed me to travel to the other side of the world, to help an oppressed people rebuild their country. My son took the news pretty hard. Even though he was only 7, he knew the possible consequences of me leaving to go fight the war on terrorism. He understood that there was a chance I would not be coming home. I asked him what his visualization of me going to war was, and I could see it in his eyes before he answered, “You could get killed”. I told him, “Yes, I could, but I will be flying in the Apache, and the real war is in Iraq, not in Afghanistan where I am going”. My wife was on pins and needles, trying to keep the household calm, while we both were getting all of the final legal and financial issues taken care of. I signed over a power of attorney to her so she could sign my name to any documents, as need be, and make any legal decisions while I was gone. I purchased home mortgage insurance, to make sure the family wouldn’t lose the house if anything happened to me. I purchased an extended warranty on our car, to make sure it was covered if any problems arose. Lastly, we both updated our wills, to make sure the kids were taken care of in case anything happened to either of us. I had been going over the financial ramifications of this deployment, and crunched the numbers over and over again, in hopes of discovering that I had made a simple math mistake and really wasn’t taking a massive pay cut from my civilian job. This deployment was going to hurt, both emotionally and financially. I reassured my wife and family that, up to this point, the real war was actually in Iraq, not in Afghanistan, where I was headed. Family and friends were calling more frequently, hoping to hear that my deployment was canceled; but I had been training for this moment for 19 years, and my selfish little secret was that I really did want to go. I wanted to fly and fight in this foreign place. I had visions of grandeur, of killing Osama Bin Laden myself. I was anxious to get into the action, and get some payback for 9-11. My main fear was of something happening to my family back in the states while I was away. I wasn’t worried about my safety; I was worried about getting a phone call, or an e-mail, telling me that someone was in an accident. I would have no way of getting to them. I constantly told my family that I was okay, and they needed to take care of themselves--so I wouldn’t have to worry about them. It was late 2005. The total casualties in Afghanistan were just barely over one hundred, and the news agencies were publicizing, every day, all of the thousands of American soldiers that were dying in Iraq. There was rarely any mention of there even being a war in Afghanistan. I was actually thinking that it would be a nice flying vacation over a country with a long, deep history. I loved the mountains, and knew that Afghanistan was home to some serious peaks. I was even considering taking my snowboard, and getting some leisure time in! Little did I know, one year later I would be witness to the Taliban resurgence, lose friends, be locked in a battle for my life against a determined enemy, and be in one of the most notorious and highly-contested valleys in the Hindu Kush, without bullets in my Apache gunship. The final week of my rotation in-country was a true testament to my faith, and to the words my daughter had told me one year prior.

In late 2005, the total casualties in Afghanistan were just barely over one hundred; meanwhile, the news agencies were publicizing, each day, the thousands of American soldiers who were dying in Iraq. There was rarely any mention at all of the conflict going on in Afghanistan. Little did Daniel Flores know that one year later he would be witness to the Taliban resurgence and lose some of his friends in the war. He was locked in a battle for his life against a determined enemy, in one of the most notorious and highly contested valleys in the Hindu Kush, in his Apache gunship—without bullets. South of Heaven is the searing memoir of Flores’s year-long tour of duty in Afghanistan. One of his missions was featured in a segment on the Military Channel’s My War Diary program. The segment was based on the rescue of an American Convoy in the Tagab Valley in Afghanistan. The video and audio footage of the actual battle that he shot with his own equipment was used in the production. The final week of his rotation in-country was a true test of his faith and his daughter’s faith that he would return home unharmed.

Daniel Flores is a native Houstonian who started his military career as an infantryman with the 4th Infantry Division, based in Colorado Springs, Colorado. In late 2005, he was activated to be deployed to Afghanistan for “Operation Enduring Freedom.” Currently he works for the United States Customs and Border Protection as an Air Interdiction Agent. He lives in Texas.