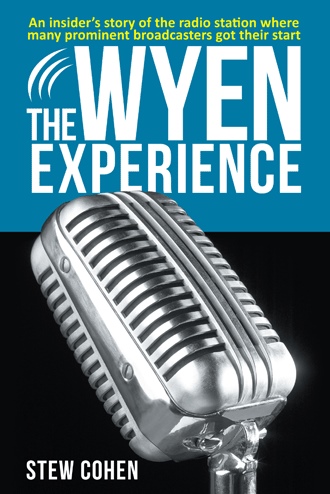 James Earl Jones voicing Darth Vader in Star Wars had a set of pipes a radio news anchor in the 1970s might envy. CBS News legend Edward R. Murrow wrote in a style many radio news writers tried to copy. Their skills were honed over time. While few ever reach the stature of a Jones or Murrow, radio broadcasters rely on stations where they can develop these skills. In the seventies, one such place was WYEN-FM in Des Plaines, Illinois.

In The WYEN Experience, author Stew Cohen tells the story of this mom-and-pop radio station—106.7 on the dial—that opened in 1971 and was built on a genuine passion for radio. It flourished through the 1970s, stumbled in the early 1980s, and then sold to a new owner. He provides an insider’s look into the happenings of this station that entertained thousands with its music and announcers—including Ed Walters, the driving force behind WYEN; the lives of many of the talented broadcasters who worked here; Cohen’s personal coverage of some of the biggest stories of the time; and his interviews with some greats from the entertainment industry.

Cohen describes an era that lived with pay phones, typewriters, turntables, transistor radios, and boom boxes; in The WYEN Experience he brings to life to both the times and the radio station.

Stew Cohen is a veteran radio news anchor and reporter. He is a multi-award winning broadcast journalist with radio stations WZSR-FM and WWYW-FM in the Chicago area. Cohen and his wife, Rita, have two children and live in Crystal Lake, Illinois. Look for his work online at www.star105.com and www.y1039.com.