Book Three of the Post-Lux Trilogy 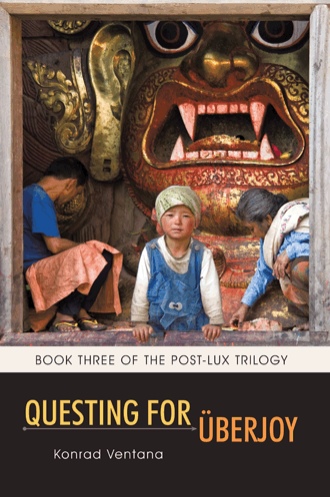 From Orion’s perspective the runway seemed to be impossibly short, with nothing but thin air beyond it. “I’ve seen postage stamps with a larger footprint!” shouted Orion over the din of the accelerating engines.

The two men watched the propeller-driven aircraft surge forward, racing downhill against the limits of space and time, gradually gaining speed in an attempt to gain lift before it disappeared off the runway and into the steep valley down below. With less than ten yards to spare, the Twin Otter flattened out just past the vanishing edge, barely rising at all, but continuing on an on, like life itself, as if it were hanging by an invisible thread.

“Your next landing zone is even smaller, and much higher up,” said the captain to Orion. “Go and introduce yourself to Segunda, your mountain guide,” he said, pointing to a Nepali man in a khaki WWII-vintage military sweater who was standing alone in front of a blue-roofed block house, “while I try and get this yak and yeti show on the road.”

Orion walked over to the smiling Nepali man and introduced himself as Orion.


“So you’re the one they call upon when there is man’s work to be done. The one they call upon to move beyond the boundaries of discretion into those vast expanses above the rooftops into a larger, wider world. And here you are with your brand new Gregory backpack, all bright and shiny clean, kitted out with all the manly accoutrements of high adventure. The mere look of it fills you with excitement and anticipation that you will soon be leaving the lesser blokes behind; lesser people with lesser ambitions who choose to remain safe in the smallness of their houses and villages, afraid to venture out into the gathering storm. To lesser folks like that, you must appear as a ruddy supreme being, some kind of god. And what would you, O Heroic One, expect to gain from your great adventure? Why the re-acquisition of your women folk, of course. What could be more noble a cause? What could be more historic….”

Segunda was still speaking when Orion turned and walked back to Captain Umbrage who was loading one of the duffle bags into a Bell 206 JetRanger helicopter that was parked on the platform. “What’s with this guy,” asked Orion, “is he trying to be funny? Does he think that this is a joke?” “Oh that’s just Segunda,” said the captain. “That’s just the way he is … He’s a Gurkha, a British soldier in another life … There is no question about the sincerity and the consistency of his unique point of view. And he is an excellent guide for you on this particular mission. The only problem you might have from time to time is in discerning the reliability of his narration when it comes to philosophical issues of east and west.” The captain laughed and clapped Orion on the back, as he signaled for Segunda to join them. “I don’t give a hoot about his philosophy,” said Orion. “As long as he can help me find my Überjoy, he is welcome to speak at me any way he likes.”


“In times like these, you need to remember the divine power of the supremely radiant Mother Goddess, or Durga. She is considered difficult to reach, or inaccessible, in her temple fortress and yet she is empowered with the combined forces of all the primordial cosmic energies of the Divine Trimurti. She protects her beloved children with fierce compassion. In situations of utmost distress, she uses the many weapons at her command with fearlessness and patience, and she is virtually invincible in battles of epic proportions. It is Durga Bhagwati, the radiantly beautiful warrior goddess with her many arms and weapons who slays the terrible buffalo demon and his army. ”

“You mean that the three lords-a-leaping are abstract to the point where they can’t lift a finger to protect mankind from the pain and suffering caused by evil forces? And that—realizing this and all—they send their divine powers in the form of a woman?”

“Verily, you would be wise to consider the possibility that your mission might fail to be anything more than a footnote in history, were it not for the presence and assistance of Maa Durga, who manifests in many forms and is called by many names, the mother goddess who travels to the ends of the earth to protect her children from wickedness. She fills those who revere her with divine inspiration and a clever resourcefulness that leads to victory…. You need to consider the possibility that one or all of you—this very day—might be the instruments of Durga Bhagwati’s divine inspiration.”

“Did you hear that, Dahmer? We might be the instruments of divine inspiration!”


Dahmer, who had moved to the edge of their cover to get a better view of the movements across the gorge, slid back to the group. “I hear you clear enough … and so will the enemy if you don’t pipe down and let the Gurkha finish his prayers.”

“You need to realize that a temple is built as a palace in which the gods actually live. It is a sacred place unlike any other place on the earth. When you approach such a consecrated temple with your heart and your mind, you associate yourself with the deity in a very sensitive manner; you become conscious of the deity’s divine presence. As you approach the sanctum sanctorum you become more fully aware that an intelligent being—greater and more resplendent than yourself—is there, safeguarding you, knowing your innermost thoughts, helping you to cope with and to prevail against even the most dicey and difficult situation. You become conscious and confident that your immediate needs are recognized in this inner spiritual realm.”

“Can you believe it? I’m getting chills!” said LaFleche.


“I can feel something too—that’s for sure,” said Dahmer. “My hands are actually shaking. But I reckon my anxiety has more to do with the number of camouflage outfits I see coming this way—which we’re gonna have to deal with pronto—than any divine radiations coming from the temple fortress of that goddess of yours.”


Leaving the rescued porters and hostages in the capable hands of the Mani performers, they were off again in hot pursuit. However the distances were now of such magnitude and the natural dereliction of the landscape in the far western corner of the Tibetan Plateau was of such colossal grandeur as to make this headlong chase scene appear as though it were being conducted in slow motion. Seconds and minutes and miles per hour soon became all but meaningless to the pursuers as time itself wound out and stretched and spun like wool into a majestic tapestry of those breathless moments of freedom from both regret and anticipation of tomorrow that rob the living of the eternal present only to melt back into the parched and barren sands of the endless desert of the worried mind. LaFleche drove on at full throttle with Dahmer at his side preparing his weapons and Segunda observing their progress through the smashed-out rear window of the cab and Orion searching the expedition backs for field glasses that would provide them with a better view.

With the lightened load, LaFleche began to gain on the remaining truck, which appeared to be moving more slowly now as the road began to rise in altitude at the approach to the Gurla La [pass]. The distance between the two vehicles closed ever so slowly as they moved up the increasing incline. LaFleche was forced to shift into lower and lower gears to maintain forward progress, which slowed the chase to a crawl.

“There’s no way I can catch up with them before they clear the pass!” shouted LaFleche with a note of desperation.
“Yeah I can see that,” replied Dahmer. “But now they know we are faster than they are—unless they lighten their load!”


“I was thinking the same thing!” shouted LaFleche, as he down-shifted the transmission yet again. 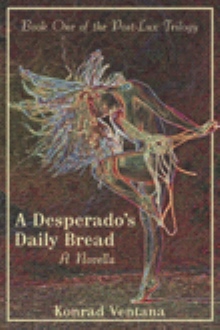 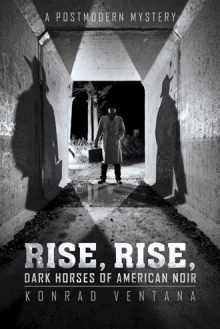 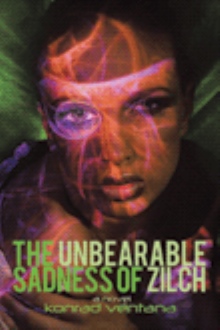 They called her “Überjoy,” but her real name was Joycelyn Eberhard. She was a finalist in the Miss Teen Idaho beauty pageant, but now she’s gone missing—in China, no less. Her fiancé, Orion, worried when she signed up for the Peace Corps, but he never expected something like this. Her disappearance is shattering to him, so he has no choice but to head overseas and search for the woman he loves.

His search takes him to the remote Himalaya Mountains in Nepal and Tibet, where getting help from local authorities is not as easy as he would have hoped. He is forced to seek assistance elsewhere, from intrepid special operations mercenaries and unorthodox mountaineering guides. Soon, Orion’s search targets not only his fiancé, but the meaning of life itself.

Set in the mountains of China—where earth meets sky in more ways than one—Questing for Überjoy is a quest for love. It is also a quest for meaning, as Eastern culture surrounds heroic Orion and teaches him more about himself than any experience in America. One moment philosophical and the next filled with danger, it is a story that could change your life and send you on your own quest for mountaintop enlightenment.

Konrad Ventana, literally translated as “Bold Counsel Through a Window,” is an American scientist and visionary. He looks behind the scenes at the ideologies of our modern times and examines the potential for future development. He currently lives in California.