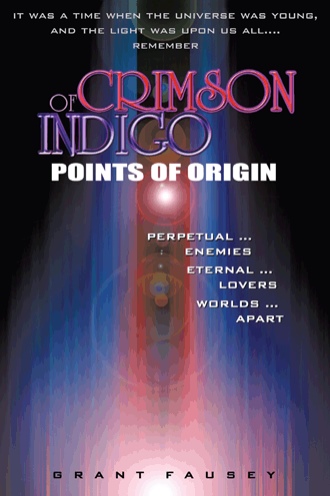 Crimson and Indigo are two young, star-crossed lovers whose journey has propelled them across multiple lifetimes and alternate realities to a place where their love could survive. But now, with both near the end of their existence in a world where the past, present, and future coexist, the two temporal travelers forge a new relationship with one another in the fever of a budding love affair.

For Crimson, an assassin, the past no longer has any meaning. The once torrid love affair that consumed her has become nothing more than a fleeting memory. Yet, she is strangely drawn to Jake Ramious, the hotshot freighter pilot she engaged to deliver a survey team to a mysterious planet at the heart of a spatial rift. Now, some fifty years later, Crimson is taunted by the memories of her previous existence, the probability of losing the one thread of her life capable of rekindling her love for Indigo, and the prospect of being consumed by the metamorphosis of two universes.

Internally torn like never before, Crimson must confront her own demons and find a way to restore her future—before her beloved Indigo is erased from history forever.

Grant Fausey earned degrees in screenwriting, cinema/television arts, and creative writing from California State University, Northridge. The former comic book publisher and production designer now lives with his wife in Pennsylvania, where he is hard at work on the next book in his series.