A Genetic and Cultural History of a Rural American Family 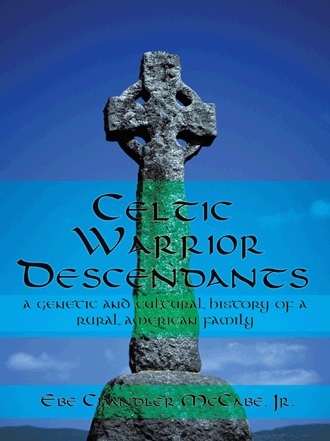 ...The direct line male descendants of John McCabe (1727-1800) of lower Sussex County, Delaware bear the Irish Modal Haplotype (DNA sequence) named after Ireland’s High King Niall of the Nine Hostages (~342-405), who ruled from 379 AD until his death. Their Uí Néil (now O’Neill) clan genetic signature originated in northern Ireland, where it is most frequent, but Scotland’s high incidence of that DNA sequence shows that the Uí Néil also emigrated to Scotland.

"Mac Aba," meaning "Son of the Abbott," is a source of the McCabe surname. Abbotts headed monasteries and were supposedly celibate, but some of them may nonetheless have sired some Mac Abas. The surname also may have arisen from instances of the Aba nickname being applied as a surname based on the demeanor of individuals who were religious but not clergymen.

The first known use of Mac Aba was on the Isle of Arran as a sept (subset) of the Scottish Clan MacLeod. (I sailed past Arran over 20 times on a fleet ballistic missile submarine. It looked very vacant, green and chilly.) But the name first came to Ireland from the Hebrides, Scotland’s outer islands, not Arran. It was noted as a name occurring on Lewis, a Hebridean Isle occupied by the MacLeod Clan, and is likely to have come from there. Its incidence wasn’t so noted for Harris, the other Macleod-occupied Hebridean Isle.)

Scottish ancestry includes Norse Vikings who settled in the Hebrides, English Celts, Picts, and the Irish Dál Riata Clan from Scotia (northeastern ancient Ireland). The Dál Riata influx began in the late 5th Century AD. It developed into the Dalriadan Kingdom that, beginning about 840 AD, united the Picts and the Irish raiders named Scoti by the Romans into the Kingdom of Scotland.

A second source of McCabe is "Mac Cabe," from the Irish Gaelic term for "Son of the Helmeted One." When the Gaelic Irish started importing Hebridean mercenary gallowglasses to help them regain control of the country after the Anglo-Normans invaded it in 1169, unrelated gallowglasses may have taken the name upon then settling in Ireland. Mac Abes were in the armies of the O’Reillys and O’Rourkes around 1350, in Counties Cavan and Monaghan, just south of what became Protestant "Northern Ireland" (Ulster).

The Irish Scoti included High King Niall who, according to legend, was the captor of a youth born in Roman Britain of English parents. The youth, then named Succat, escaped from Ireland and returned years later to become Ireland’s Saint Patrick.

In fecundity, High King Niall is second to Genghis Khan, who has 16 million male descendants. More significant, Scots descended from Niall have direct ancestors who were Irish in Ireland before Saint Patrick converted the country to Christianity.... 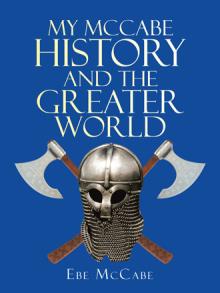 My McCabe History and the Greater World
Ebe McCabe
$13.99 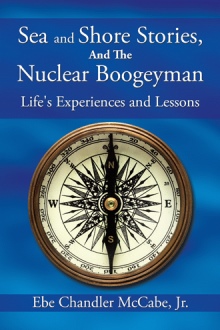 Celtic Warrior Descendants is a genetic, cultural and political history of an American family. It is typical of the history of many Americans of Scotch-Irish descent, and is applicable to a host of people with many surnames. The book pursues the Celtic history of Ireland and Britain to the Iberian Peninsula, and then to the Middle East and before. It also depicts some significant aspects of our ancestors’ world, of Celtic mythology, and of cultural traits passed down by our Celtic and pre-Celtic ancestors. Further, as part of his legacy to his descendants, the author takes issue with some lasting political myths learned during his youth.

The book is designed to acquaint the reader with the family’s genetic history and with the world and culture of the living family’s ancestors. It includes mythic, cultural, and political aspects that extend its applicability to a great number of the descendants of the English, Irish, Scottish and Welsh immigrants who came to America several hundred years ago.

The author is a 77 year-old, retired widower with over 38 years of federal government service. That included active naval duty on a destroyer, two conventional (diesel-electric) submarines, and two nuclear powered, fleet ballistic missile submarines, followed by duty as a naval reservist. He retired from the Navy as a Captain (O6). His civilian government service was in the inspection and enforcement arm of the U.S. Nuclear Regulatory Commission (NRC), first as an inspector and then as a section chief. That service included participation in the NRC response to the Three Mile Island nuclear accident, as the head of the NRC Regional Office onsite inspection office for several months immediately after the accident, and with a follow-on onsite tour some months later.

The author didn’t share his father’s and uncle’s interest in the family’s history until his stepdaughter suggested that he write one to prevent the loss of information that occurs as each generation passes on. That prompted his fascination with the idea, extension of the depth of family DNA testing, and several years of research—and resulted in his first book, Celtic Warrior Descendants.