A Widow’s Journey from Grief to Joy 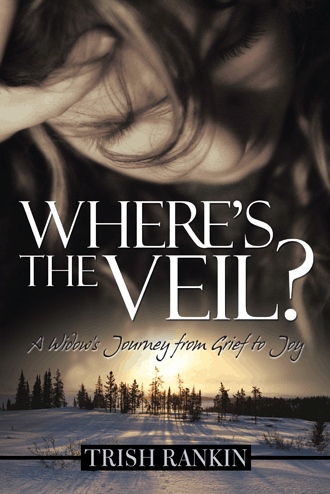 After Thanksgiving we settled back into our routine. Fear, fortified by the unexpected holiday turmoil, took up comfortable residency within our family, leaving emotions raw and stomachs sensitive. The house remodel began to move more slowly. David’s treatments were complete, and we prayed and waited for good news.

“Good morning, Honey!” David said as I walked into the family room, where he was seated with his legs elevated. He looked as if he had dramatically aged overnight.
“Oh, David! Your hair!” I moaned. “I can see your scalp!”
“Yeah, it’s everywhere.”
We decided to try to cut down on the mess for Sue’s sake. I gathered supplies and took David outside.
“I’ll pull out what I can and if it all doesn’t come out without pain, I’ll cut the rest really short,” I said. David nodded, unconcerned. With each tug, a huge hunk of hair fell into my hand, and with it, my hope for David’s survival. After cutting and shaving the residual stubble, David was left completely bald.
Caring for a cancer patient makes it easy to get caught up in the daily tasks and avoid the truth. Our heads, focused on immediate needs, protect our hearts from absorbing the truth of what lies beyond the day-to-day. However, this sudden visual reminder made it impossible to disregard the reality of David’s disease.
Sue burst through the door in her nightgown, snapping photos of the milestone. I handed him the mirror. A slow smile spread across his face. “Not bad!” he said playfully, raising his eyebrows.
“Wow, David,” Sue remarked, “I knew you’d look good without hair, but not this handsome.” To me, though, his bald, egg-shaped skull only screamed cancer.
Later that day, Keli arrived. She leaned towards me and whispered, “Who’s that over in the chair?” I assumed she was kidding and laughed, but she wasn’t.
“Keli, that’s your father,” I snickered.
“Where’s his hair?” she groaned loudly. We’d all expected him to lose his hair, but the dramatic, overnight change came as a shock. Once her distress passed, Keli rushed to him.
“Daddy, I’ve heard if you rub Buddha’s belly, it’s good luck. Maybe the same is true of bald heads,” she said as she circled his scalp with her hand. “And you could certainly use a little good luck.” David smiled proud of his new look. Not only did it not bother him, he kind of liked it, since he didn’t have to mess with his normally unruly, disheveled hair.
“Malen and Nick won’t even recognize you when they see you again,” Keli continued. “They’ll think you’re Mr. Clean.” The steroids had caused David’s face to swell until his cheeks were stretched taut to match his distended abdomen, which was enlarged due to fluid buildup.
“Don’t you like bald men?” David asked, hugging me to him, “or are you prejudiced against hairlessness?” His spirit continued to be unshakeable; his smile, freely given.

I want everyone to take a moment and visit Dad’s photo section on this website. Look at the photo of him with his new hairstyle. I love this photo. They say a picture is worth a thousand words and I think the photo perfectly communicates Dad’s attitude toward his situation. In this scene Dad looks sincerely as happy as he could be. It’s like you can see into his soul and I see peace there. Love you, Dad!


In early December the Rudolph’s life began to unravel. Their young grandson ended up in the hospital after a seizure, and the diagnosis was uncertain. The stress made Sue’s chronic back problem unbearable and surgery was scheduled for the following week.

Feeling that our problems doubled their already heavy burden, we left the Rudolph residence after five weeks. The gesture, though out of caring, was foolish. David’s needs were great: his own bed, a nearby handicapped-accessible bathroom, a comfortable place to spend his days, and easy physical access. Also essential was a location near the hospital, doctor’s appointments, my bi-weekly shoulder therapy (which I’d recently begun for stress-related pain and headaches) and the remodel project.

Though we had plenty of offers, none fit the bill. Seeing no other option, I called Keli and asked if we could move into our own tiny house with her, though it was still under major repair. She and Zay were thrilled, but it would mean that four of us would be crowded into a torn-up home that was already small for two healthy people. Negotiating the three front steps would be strenuous for David. We’d sleep in Keli’s queen-sized bed, relinquishing her to the couch. I would get little sleep due to David’s tremors. Showers would be difficult. It would certainly be the quintessential test of the notion of families pulling together during tough times.

In times of loss, everyone experiences grief, whether from the loss of a marriage, the loss of a job, or the loss of a life. “In grief, you are not alone,” we often say to comfort grieving loved ones. But tell that to the woman who feels like her world has just been turned inside out. During two inconceivably difficult weeks, author Trish Rankin’s life radically morphs into something almost unrecognizable. Her husband dies of an inoperable brain tumor, and, simultaneously, their son suffers liver failure. To move forward together, both as partners and parents, on their “God adventure,” Trish and Dr. David Rankin chose to use the techniques she had taught for years in grief programs.

In this honest, heartbreaking memoir, Trish lifts the veil on loss. She stares lovingly into the face of what’s real: the shock, the agony, the suffering, the hope, the re-emergence, and, eventually, the ability to rediscover joy. Once she finds the strength to lift that metaphorical veil, she realizes that, like the butterfly emerging from its cocoon, her loss is the gateway to an awakening—and perhaps to creating a full life once again.

Woven within this inspiring grief journey are techniques to help others on their own path to healing. Trish Rankin’s story is one of tragedy, deep struggle, and, ultimately, hope.