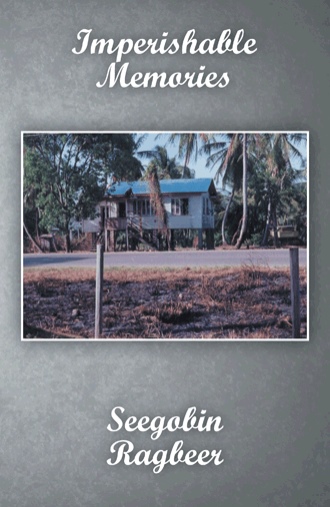 I went to the pier, which stretched out for a hundred yards into the turquoise waters of the Caribbean Sea, plunged, and swam. I was a good swimmer and when I got to the shore I took a gulp of fresh air and sprawled on the sandy beach. I was paying twenty five cents for that luxury whilst my buddies from USA and Canada were paying with their already saturated credit cards. Here was the opportunity which the card companies offered to enjoy the things of tomorrow today. If I were in those shoes I would have probably done the same things, which I did later in my life. I was not well rested, when directly in front of me I saw an obese man flailing his hands and appeared to be sucking in more of that salty water than he should. He seemed to have ventured out too far and his feet could not touch the bottom. Was he a non swimmer? Quickly, I waded into the water twenty five feet away and grabbed the floundering fat body and pulled it backwards where his feet could touch the bottom, making sure that I was not in front of him so that he could grab on to me. Maybe I did some good. He was from Chicago and his wife was in the bar. He thanked me profusely and invited me to the bar where his attractive wife was, and to whom he related his close call. Having had my full of the Beach I wandered back to my restaurant and ordered the same fare as the previous evening. I then walked back to my room and found that it was still available. And there I spent another night. Still no other occupant. This time I slept soundly through the night. Tomorrow I will continue with my traveling. It was another nice morning when I walked down the street and decided I will go to Savanna La Mar which was almost directly south of Mo Bay. Ahead of me were two young ladies about my age and they were laughing and giggling as if absorbed with their own funny story. They looked back every now and then and realized that I was behind them. They slowed. I caught up with them and I greeted them with, “Hi.” They laughed and giggled back a “Hi”. Then, the bolder of the two asked, “Wha you name sah?” “Call me Rags.” And another chuckle followed such a funny name. “Is wey you ah guh?” asked Patsy. “I am goin to Sav la Mar.” “We a guh deh too.” (We are going there too). That question was followed by giggles and outright laughter perhaps by me calling them “ladies” or perhaps by my non Jamaican accent...a thing we all tend to do when we hear even the same language spoken in another fashion or in another tone. I continued, “Are you ‘ladies’ going to walk to Sav?” Louder laughter followed and as the land was getting higher, their laughter seemed to resound from the outcrops of rocks, down into the valleys and echoed away in the distance. “You stupid or wa, frum hey to Savvv nayly tirty mile, if we don’t get a ride we go bak to Mobay.” All in all, they seemed to know what they were doing, so I followed. They asked me questions which country I came from because I didn’t sound like the baboos (a derogatory term for the East Indian in Jamaica) in Jaamaykaa. Two young ladies crossing the island at the western point had no problems with hitching a ride, but then I was the extra baggage and I would have to pay someone to take me there. I felt confident with both Patsy and Anne. I told them to call me Rags but they couldn’t get the g sound and called me Ras. That was okay, even though it sounded so much like the Rastas in Jamaica. We walked down by the side of the road avoiding the swishing and swashing from passing vehicles and constantly looking back for signs of bus or other vehicle. I noticed that the two of them were almost walking hand in hand, as friends do, and from time to time Patsy was even brushing me or almost falling on my shoulder. I was not traveling these mountain roads to find adventurous love and yet still it appeared as if transient passions were throbbing through those young veins. Much more sensual was the crossing of that racial divide and frolicking with one of a higher status which our tribe seemed to have in that Island world. I felt neither inferior nor superior to them, and have, at the university rubbed shoulders with teachers and lecturers of African descent, who were intelligent people. And in my own native Guyana, the situation was the same as our cricket matches in Kingelly and at Teachers’ College were. Here we were, three people, who had accidentally met on a mountain road and have become three kindred spirits. I sensed that they liked me and I liked them. And if a vehicle were to pick them up, they would not leave me behind.

What seemed like a remote and fruitless yearning for a young lad to raise and fulfil his innate calling became a reality through a set of strange and seemingly fictional circumstances —for truth is sometimes stranger than fiction. Purely accidental and only the workings of the three fates have caused him to acquire proper schooling, to become a school teacher and headmaster (ag.) of DeHoop Canadian Mission School, his alma mater—to enter into teachers’ college –to do research work in the Certificate in Education and the Bachelor Of Education in Mona, Jamaica, and later to complete the Bachelor of Arts, in the University of Toronto…great achievements for one who never crossed the door of a High School in Guyana. For he was not only a school teacher in Guyana and Jamaica but went on to retire honorably from the teaching profession in Scarborough, Ontario, 1993. This book reveals that persevering strength of the human spirit to swim ponds, creeks, rivers and marshes; to saunter through valleys and downs; to brave thickets and thorns; to ascend hills and mountains and to reach the apex of the Will’s longing. Such is the true story of Imperishable Memories!

Nothing in life is impossible. Such is the drama of the author's journey in "Imperishable Memories". Filled with dynamic tales of rural life in the 1930's and on ... the struggle for survival - accomplishments and disappointments - and the culmination of a successful teaching career in Guyana, Jamaica and Scarborough, Ontario, Canada.