The Mexican Cult of Death in Myth, Art and Literature 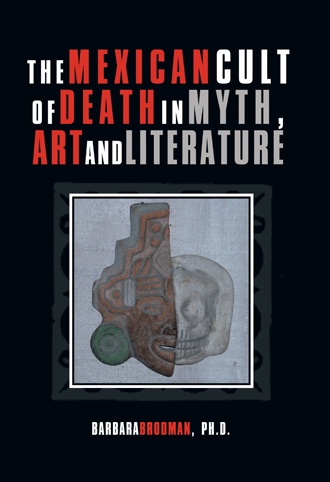 The Mexican cult of death lies at the heart of the earliest processes of civilisation building in Meso-America. Ancient Mexicans believed that the gods had created a succession of worlds before this world came into being and that, one by one, they had destroyed each. This world was to meet the same fate as its predecessors. Creation was steeped in death. In Aztec mythology, the world was created through the blood and sacrifice of the gods, whose immolation by fire and air brought light and movement to the void. In this myth of creation through sacrifice lay the latent seed from which would spring, years later, a bloody religious ritual based on the rationalisation that “if only the death of the gods could make possible the movement and life of the Sun, then only the sacrifice of men, who play the role of gods on earth, can maintain its life and motion” Only through self-sacrifice could humanity postpone the cataclysms that were destined to put an end to the Sun and preserve it from the same destiny of its predecessors. In Maya mythology, global destruction was linked with an obsession with time, to which the Maya assigned a supernatural or magical content. Though distinct in some ways, the Maya cult of death reflects the same deterministic and fatalistic world view possessed by other Meso-Americans. As a dominant theme in Ancient Mexican literature, the cult of death finds its clearest expression in the lyric poetry of the philosopher-kings. Here we see the enigma of death, inevitable and unique, cast its shadow over every song of Anahuac, as if the obsession with death, elevated by myth to the quality of a sacrificial act, was that which most overwhelmed those consciousnesses. The cult of death reflected in contemporary Mexican literature is, without a doubt, the child of that ancient, indigenous obsession. By the last decade of the twentieth century, the Mexican cult of death had reestablished itself as a dominant literary, artistic and social theme. Much as it had during the half century following the Mexican Revolution, the phenomenon became associated with efforts to build a new political consciousness, confront the continued alienation of vast segments of the Mexican population from the mainstream, and assert national identity by returning to the roots of the Mexican psyche. 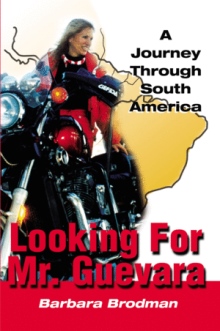 "The word death is not pronounced in New York, in Paris, in London, because it burns the lips. The Mexican, in contrast, is familiar with death, jokes about it, caresses it, sleeps with it, celebrates it, it is one of his favorite toys and his most steadfast love." Thus Octavio Paz describes a cultural phenomenon that has for centuries fascinated scholars and aficionados of virtually every field of Mexican studies, "el culto a la muerte," the cult of death, a term that readily calls to the mind of anyone familiar with Mexico and her culture the unusually constant place of death in the minds and lives of the Mexican people. In this volume, author Brodman examines the Mexican cult of death from a variety of disciplinary perspectives to provide the most comprehensive analysis yet of the origins and nature of the Mexican cult of death and its relationship to Mexican arts, literature and culture.

Dr. Barbara Brodman is Professor of Latin American & Caribbean Studies at Nova Southeastern University in Fort Lauderdale, Florida. She holds graduate degrees in Hispanic languages and literature, Latin American Studies, and International Business and has published a variety of scholarly works that deal with Latin American and international cultures and affairs. Her 1997 journey through South America, retracing Che Guevara’s 1952 motorcycle journey, was widely covered by the media, while thousands followed her adventures online or read her book about the adventure. Dr. Brodman is founder and President of the Global Awareness Institute, an environmental non-profit organization dedicated to preserving and protecting the world’s rainforests through sustainable development. Through GAI, she has completed a water project in Indonesia and maintains protected ecological preserves and research centers in the Peruvian Amazon and Belize. Dr. Brodman sat for many years on the board of the Inter-American Center for Human Rights, and she has served a variety of humanitarian organizations as a trained international election observer and human rights observer. Scholar, humanitarian, and adventurer, Dr. Brodman’s knowledge of global and Latin American affairs, and her hands-on approach to acquiring it, enthrall and inspire the many students and non-students to whom she lectures regularly.