The Unseen Battles of Domestic Violence 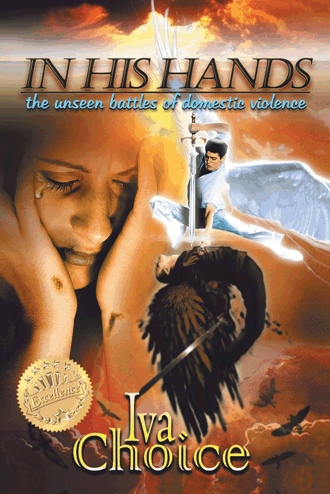 Camael, the lead angel, ruffled his feathers calling his angel team to gather around him in the hall between the bathroom door and the stairway. It had been a rough battle with the Demonics, unseen by Jacob and Julia, and now it was time to regroup for the next attack. This marriage was definitely in crisis! If his team was going to save it, they were going to need to persuade Jacob back to the Father and Julia was going to need much healing. As Julia’s guardian angel, Camael felt personally responsible for her. Hearing the muffled sobs mixed with the sound of falling water from within the bathroom, he glanced down the stairs leery of the demons lurking in the dark. He then shifted his sights to his team. Only five of seven were able to make it in time, which was unacceptable, especially since they had a week to prepare! Sophia, an ancient angel of great wisdom and a master of disguise, had done an impressive job over the past week speaking wisdom to Julia and nurturing her. Although quiet in nature, Sophia is steadfast and can be rather unrelenting at times. Unfortunately, even with undaunted persistence, she always returned from the husband looking worn and saddened that she was unable to reach him. Nevertheless, Camael was glad to have her on the team. She skillfully proved her abilities when she carefully presented Julia with the computer already logged on to her hotmail account and then moved the phone to a perfect position without alerting the Demonics. Camael could not have been prouder of her today. He nodded his praise and she pointed to Heaven. Camael, however, had taken the brunt of the battle against Aboddon, the great warrior under Baal, since his other teammates were absent. Aboddon took advantage and attacked with such force that Camael was not able to help Julia when she went into the spare room. Although both wings were broken, another angel was able to pull Julia down before she landed on the exercise bike. He bravely shielded her and did not flinch even when evil hairy Uzza drew a sword. Camael had to abandon his fight with Aboddon to tackle Uzza, giving the biggest angel on his team enough time to lift Julia to her feet. If it had not been for the skills of his team, Julia would not have made it through alive since Uzza was determined to make good on his promise to end her life. Camael slowly shook his head as he looked over his battered team. The bathroom door began to glow and they all grinned knowingly. The healing angel touched him and he closed his eyes, soaking in the wonder of God’s great medicine. She touched all their wounds healing them instantly. Then she glanced at the bathroom door and stepped through unimpeded. The door darkened and she returned frowning. The water stopped. The light went out. Camael did not need to sound the alert since the five angels already had their swords drawn and their restored wings up. The basement light went on revealing the Demonics. Aboddon stood strong at the bottom of the stairs with his chest exposed to display his scars from previous battles, his long sword held outward like a gate holding back fuming Uzza. Just the looks of him made Camael shutter. It was no coincidence that two of his teammates were not present, for Aboddon was a great strategist. It was going to be a long night. Julia stepped out of the bathroom still holding her hand, towel wrapped around her body and another around her wet hair. She stared down the stairs for a moment and then leaned back against the wall. Everyone watched her except Sophia, who jumped into action and comforted her, whispering into her ear. Julia closed her eyes tight, pressing tears from the corners. Softly, Sophia began to glow. Then the healing angel, too, brightened ever so slightly as she touched Julia’s shoulder. Julia straightened, taking a deep breath as she walked into the kitchen towards the phone. Everyone held their breath, waiting to see if she would call for help. As she contemplated, they waited. A noise of something breaking downstairs jolted her back away from the phone. She sighed and whispered the word, Forgive. With a nod, Camael turned his focus to the Demonic’s leader, Aboddon, watching carefully as his teammates urged Julia to the safety of the spare room for the night. Aboddon slashed his sword down through the air and Uzza rushed forward. Before clashing swords with the mighty warrior, Camael spotted the harassing demon dashing to the husband again. In the hall they battled for the rest of the night. 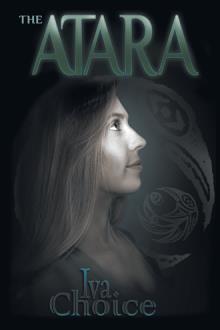 As Julia Anderson seemingly struggles alone to raise her children, keep her marriage and help her abusive husband, a team of angels assemble to battle for their safety to bring healing to the family through God’s love. Through the nurturing gifts of those around her, seen and invisible, Julia learns to forgive, stand up for herself and her children, and to live by faith.

Why does she stay? The question is answered in this story of unseen battles, both in Julia Anderson’s home and in the unknown spirit world. Take a healing journey into the mind of a Midwest woman overcoming abuse, the sacrifices and courage it takes to make a stand for all their lives. Enjoy the blessings of children’s resilience, angels in training, and finally finding that peaceful place of being simply In His Hands!

As a graduate of WSU with experience in news graphics, Iva Choice has become a passionate advocate for victims of abuse. She hopes to empower readers by pointing to God’s love and sharing the profits for victim’s hope. Iva Choice resides in a small Kansas town surrounded by her family.