Mozart Knocks Autism on Its Ear 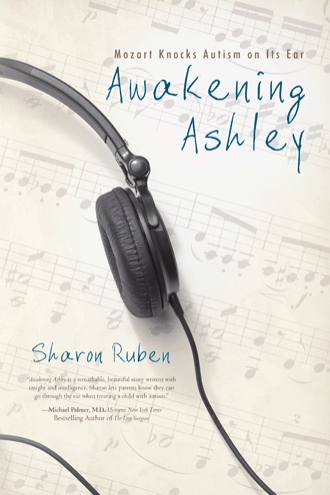 At eighteen months, Ashley Ruben still didn’t talk. She wouldn’t respond when her name was called; she didn’t appear to hear either. She fixated on tiny pieces of dirt and ate only crunchy foods. She was enveloped in a thick fog—impenetrable by everyone except Barney the Dinosaur. She worked puzzles like a kindergartener and was computer-savvy before she was two years old. Her mother’s late-night searches on the Internet hinted at a reason for her lack of engagement with the outside world. And then a developmental specialist confirmed it: autism, a diagnosis that shook the foundation of a family and shattered a mother’s world.

Ashley could hear, but she couldn’t listen. In order to address that, a therapy retraining her ears to perceive sound better took her back to the time in the womb— where listening begins. With the help of specialized recordings of Mozart’s music, Ashley gradually awakened. Her brain’s desire to communicate was kindled, fostering a connection with her body, her family, and the world around her. Ashley had recovered, developing the ability to talk, to listen, to communicate— to become an engaging child.

But how could Sharon Ruben, a clinical researcher in her own right, convince the skeptics without clinical trial data to prove the effectiveness of this therapy? She didn’t need data. She had Ashley—all the proof she needed.

SHARON RUBEN has a MS in science and spent her career in clinical research for the pharmaceutical industry. Having triumphed over her daughter’s autism, she brings a “mother’s perspective” to her own sound therapy company, treating children on the autism spectrum to listen better. Sharon has appeared on the Today Show and Soap Talk.