The Rise and Fall of Hadrian 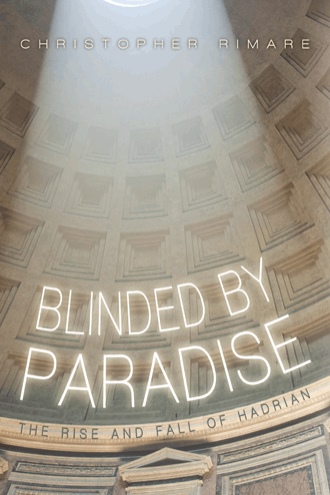 Emperor Hadrian’s personal motives are spurring him to become the most accomplished, talented, and controversial Roman emperor ever. As he rises to power through external, secretive machinations, Hadrian is driven by a lust for accomplishment and a search for provocative male companionship.

Hadrian embarks on an epic journey across the vast expanse of his empire, encountering inspiring legends and unsuspecting dangers along the way.

As his physical odyssey turns into a quest of self-discovery, he opens himself up to the ancient Mysteries of Eleusis, creates the architectural masterpiece of the Pantheon, and discovers love in an unexpected place.

As Hadrian immerses himself in an enduring love affair with Antinous, a handsome and alluring young Greek man, their relationship acts as a catalyst that pushes Hadrian’s dream of spiritually inspiring his populace to the forefront—though in ways the emperor never could have imagined.

Blinded by Paradise is an intimate portrayal of a larger-than-life emperor suddenly faced with a life-altering decision to pursue either the beautiful realms of the Elysian Fields or the violent depths of Hell.

Christopher Rimare was raised in Southern California and now resides in the Pacific Northwest with his partner of nineteen years and his stalwart vizsla. He serves on the board of a national non-profit organization that provides social support for GLBTQ youth and young adults. This is his first novel.