Believe Again: A Journey Back to Faith 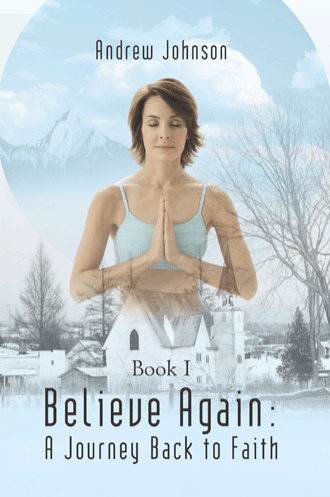 This book was written for those who have left their Christian faith or who have become what Bishop John Shelby Spong calls, “believers in exile.” It also speaks to those who are questioning their current Christian faith. It describes a mystical view of Christianity that incorporates Gnosticism, quantum physics, shamanism, cognitive psychology, Jungian psychology, and biblical scholarship. At the end of each chapter are prompts, questions, and activities that invite readers to make personal connections with the ideas presented. These are designed to be recorded in a journal. This book can be used with a book club, a study group, or individually. It will be a tool for your spiritual growth and renewal.

He earned his Ph.D. from the University of Minnesota in Literacy Education in 1997. He is currently Professor of Holistic Education at the University of Minnesota, Mankato. His professional studies include spiritual intelligence, psychology, transpersonal psychology, holistic intelligence, educational philosophy, creativity, literacy, and learning theories. His personal studies include spirituality, world religions, Gnosticism, and early Christianity. In the last ten years his personal and professional worlds have merged. He is the author of eight books and more than 30 academic articles.

He lives in North Mankato with his wife, Dr. Nancy Fitzsimons and their dogs Mickey and Emmet.