The Effects of Human Behavior on Life of Our Planet 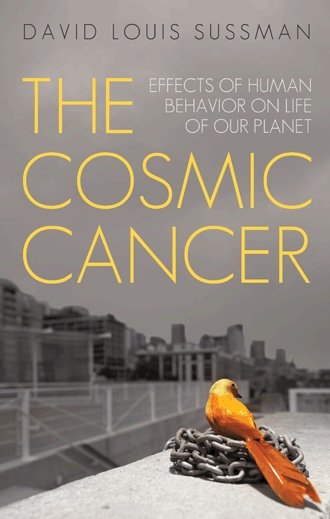 [As each of us is indelibly linked to thousands of generations past] it seems inappropriate to analyze one’s personal history. What can be learned in this way, when knowledge of such a large proportion of the underlying behavioral influences is lost forever? The ‘choice’ is rather to reveal impressions of human existence, for what they are worth, and little of the life experiences from which they were gleaned. This may appear presumptuous, but we all are inclined to have others see the world from our perspective, even though we do not fully understand it. There is no help for this - atavistic forces are at play. We are limited by our own experience of birth and death to insist that there is a beginning and an end. But suppose that there isn’t any isn’t, that there is only what is. Then what nature provides may be the only game in the universe, which, despite all our attempts to intervene, to the contrary goes on its merry way without being constrained by our limited perceptions. ‘God’ may have created and may even be controlling things out there, but our rational faculties do not lead us inevitably to its existence. The delicious part of this mélange is that our fate is not sealed, despite our inability to do anything about it. Nature plays her tricks with the billiard balls of life (see Chapter 3 A Matter of Choice), games of chance that obviate predictions about how they will respond to physical and ‘emotional’ interactions. For the observer this is the only interesting part of the panorama. This is what makes immersion in the currents of life a worthwhile endeavor. There seems little doubt that humankind has now reached a state in which its numbers and consumption patterns have remarkably altered its habitat, comprised of virtually every corner of Planet Earth. Pundits have warned that humankind is in imminent danger of extinction. In fact, the rate of extinction of other species is now greater, from all evidence, than it has been since the disappearance of the dinosaurs 60 million years ago. There is little doubt that the culprit is humankind. Mass extinctions in the past have been associated with cataclysmic environmental events. This is probably the first instance of such extinctions resulting from the lifestyle of one of Earth’s inhabitants, and there is little doubt that these other species are so many ‘canaries in the mineshaft’, harbingers of what is in store for humanity itself. Something has happened to the feedback loop. Normal instincts of self-preservation, even in the absence of free will, would be expected to precipitate individual countermeasures to avoid catastrophe, which would be reflected in the collective response. But knowledge about symptoms of imminent danger such as urban mayhem, children murdering children, alienated people reeking of hatred and seeking to inflict violence, even hysteria in music and other art forms, do not appear to register or elicit any serious response that would tend to alleviate them. We have ‘selected’ a path that we know to be wrong, but continue its traverse because we are powerless to correct, driven by forces stronger than rationality. The culprit is a form of dual personality disorder, epitomized by the words of Pogo, Walt Kelly’s comic strip character: “We have met the enemy and he is us!” 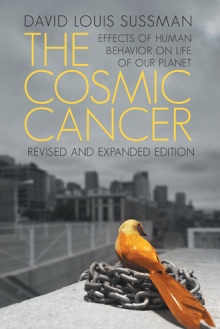 Population growth and harmful human lifestyles have pushed Earth’s environment to the brink, threatening the future of its inhabitants. Ingrained behaviors will not be changed easily. Author David Louis Sussman spent his career as an international business consultant, advocating for greater awareness of population issues. Through years of experience, he has observed the human condition and its behavioral consequences. Humanity's fundamental condition is the illusion of choice, whereas the reality is a virtual total dependence of our behavioral repertoire on genetic influences, as for any other animal. These behaviors, in civilized society, are responsible for much of the degradation in Earth’s environment. Sussman analyzes fundamental issues that must be addressed: • Failure to nurture our youth, even though their attitudes and actions will determine the future of live on Earth • Emphasis upon rights rather than responsibilities in democracy • Sexual repression and its destabilizing consequences • Exploitation of mysticism by political and religious operatives • The schism between science and philosophy, and the perils of grandstanding environmentalism The human behavioral repertoire has brought about colossal changes in the planet we inherited—changes for the worse rather than the better. This is not merely an American problem; our behaviors are universally shared. The Cosmic Cancer explains how they are the outgrowth of the fundamental human condition, and the transcendental changes in the level of awareness and our behavioral repertoire that are essential for extended continuation of life on Earth as we know it.

DAVI D LOU I S SUSSMAN is a professional engineer who served as an international business consultant in most corners of the world, and throughout most of his life has worked toward alleviating adverse impacts of excessive human population. He lives in New Hampshire with his wife, Claire.