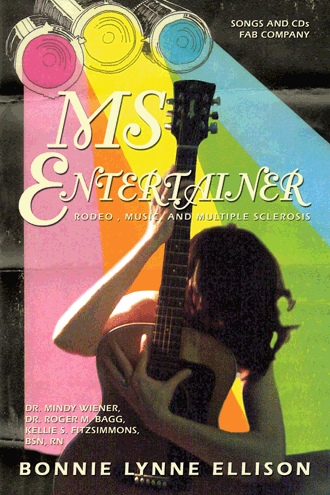 “Number 821,” the megaphone called to contestants, through the dusty, afternoon 90 degree heat of the National Little Britches Rodeo Finals. Adrenaline rushed through my body, as I lightly touched Lady with my spurs. I was ready to go!

Unfortunately, I was the only one... My tan buckskin mare refused to move. I repeated my spur therapy, with a more serious jab this time. My horse backed up to clearly emphasize her point.

“Number 821,” was repeated again. Anxious and embarrassed, I looked around to see who was watching. Determined to show her who was the boss, I jabbed my spurs into the sides of her body.

I felt the horse gather her hind legs under her, withdraw, and then stand straight up, actually launching me into heaven, before she began to fall backwards…on top of me. Like a pro… I rode her to the ground…

Lady was a big girl…1500 pounds of muscle and determination. I was a sixteen year old brown-eyed, brown-haired girl…120 pounds of “no fear,” and full of determination to win the National Little Britches Rodeo Championship Saddle. We each had a mind of our own… Unfortunately, my horse also had 1500 pounds to accomplish her desires. I was seriously outweighed.

Little Britches was a rodeo held for kids from eight to eighteen years old. The National Finals were held in my hometown, Littleton, Colorado, at the Arapahoe County Fairgrounds.

Even before Little Britches, I developed an “irresistible urge” to own a horse. Maybe I had inherited it. I was born at the Colonial Stables, an English Riding and Jumping Academy, which my father managed in Baltimore, Maryland, before we moved into the city, where he worked for Martin Marietta (Lockheed Martin), a national aerospace defense company.

I can remember secretly wishing for a pony every year before blowing my birthday candles out. The walls of my room were covered with horse pictures. I used to dream that on Christmas morning, I’d wake up, and there would be no presents under the tree. But when I was told to go outside, there was a pony tied to our front door.

Prayers do work! But it wasn’t a pony, and he didn’t get to live in our suburban back yard behind our inter-city row houses.

In junior high, my father was transferred from Baltimore, Maryland, to Denver, Colorado and I was transformed from an “eastern city slicker” into a western cowgirl. My dreams came true. I got a horse and learned to ride western style, like the cowboys do…

When I opened my eyes, I was laying in the dirt, surrounded by adult cowboys, jeans, cowboy boots, hats and paramedics, with a stretcher.

“Don’t move! Don’t move! What hurts?” they repeated. Waking up, with the help of smelling salts, I was relieved that my horse was standing close by. At least she was all right.

My leg hurt, but in an attempt not to worry my mother, who was watching from the grandstand, I said, “I’m all right.” But they persisted. “Don’t move!” Feeling incapable…I agreed. They carefully lifted me on to the stretcher.

“Give the little lady a hand,” the announcer suggested as they carried me in front of the grandstand, towards the First Aid Station. I raised my arm, acknowledging the audience’s support, and to show mom that I was still alive. I’m a born entertainer. I love the applause…

Once inside, doctors immediately cut open my Levi jean pants from my waist down to my Justin boot to reveal a multi-colored left leg, still attached to a very multi-colored thigh…a sort of rainbow effect.

One look by all, and I was carried directly into the ambulance… x-rays were a necessity. I’d been lucky so far. I’d never broken a bone before, although, my head had taken quite a battering through the years.

Now, I was scared. I felt like I was going to throw up…I could feel my nerves tingling throughout my body, and even “inside” my stomach. I just knew that I’d broken something this time! My emergency doctors seemed to agree. They thought it was my upper left thighbone. I felt sick remembering painful stories that I’d heard about resetting broken bones. Why couldn’t I start with a little bone, not the largest one in my leg?

This was a first. I’d never ridden in an ambulance before. At least, I was the center of sound and attention. But I hurt, and my biggest fear was that my pain was just beginning. Ambulances are very sterile, antiseptic. And this trip seemed way too sterile, for this rodeo rider!

The ambulance pulled into the doctor’s office, and I was motionlessly taken into the x-ray machine. Pictures were taken, and I was moved to a waiting room, allowing the doctor time to examine my film results. I was left alone, in fear, to wait and to think…

My dad, Merton Bagg, was the horseman in our family. He always appeared taller than five foot seven due to his tan Stetson hat. He always appeared strong to me, because of his athletic ability. He always was successful because he had “heart.” He will always be my John Wayne replica with a harsh, demanding voice, sarcastic humor, a soft heart, and a love for animals. He always said that I could ride, and hold on, as well as anyone. His philosophy was: “When problems start showin’, hitch up your buckle, and keep on goin’… ” Dad and I were competitors. We were tough! And we were winners! Good was never good enough. I could always do better…

As time went by, I changed from the rodeo circuit to the entertainment circuit. Mom was relieved, perceiving performing as less dangerous. (What was she thinking?) It wasn’t easy, but I proved her wrong!

Share a personal experience with a 25 year old singer/entertainer documenting her first twelve months with Multiple Sclerosis, the confusion, the disappointments, the failures, the accomplishments, her hope and recovery.

“Bonnie Ellison is a patient of mine with Multiple Sclerosis. She has a good knowledge of the disease and an understanding of how it can affect your life. She is a positive person.”
Mindy Wiener, M.D.

BONNIE LYNNE ELLISON is the author of the series “MS ENTERTAINER”, published in the National Multiple Sclerosis Society’s Northern Chapter in Fort Collins, Colorado. She is a published writer, songwriter, a musician, a vocalist, a teacher, and a Multiple Sclerosis patient. Bonnie and her National entertainment group, the F.A.B. Company, held the first MS Radio-thon on KHOW to raise money for Colorado MS patient services. After 40 years of personal experience with Multiple Sclerosis, Bonnie is a first-hand authority on this changeable disease.