Let Them Have Books

A Formula for Universal Reading Proficiency 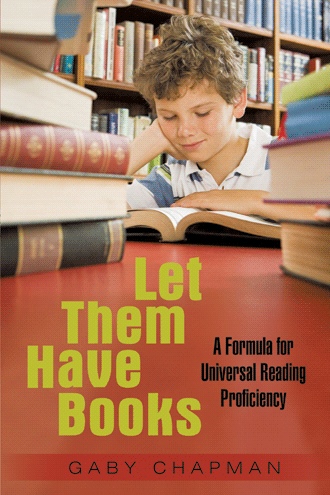 On the last day of summer school, Martin sat next to me on the bench while the others played during recess. A quick-tempered boy with a troubled demeanor, Martin had only two pairs of pants, both too small and worn at the knee. His thin, pale face looked more troubled than usual as he sat there silently for several minutes before saying wistfully, “I wish I had some books to read for the month of August.”

Martin’s single dad worked during the day and was too worried about the neighborhood to allow Martin to play outside while he was away. Martin was facing a bleak three weeks alone in an apartment with nothing but a blaring TV for company. Having read twelve of the Magic Tree House series by Mary Pope Osborne in summer-school, he would have had a far happier expression on his face if he knew he had about twelve more to take home with him.

But he didn’t. The two I had to give him wouldn’t last a week. The school library, two blocks from his apartment, was closed. The town library was a mile away and he had no way to get there. I felt like I was on a battlefield, calling for a medic in a war that had down-sized all medics. An eight-year-old boy with sorrow and poverty in his home had learned to love reading and he had no access to books.

From Martin I learned that letting kids have all the books they wanted to read was the most important thing I could do as a teacher. Doing it, though, felt like swimming against the tide. School is not the place for kids to get all the books they want to read. School is not where a young reader can fall gloriously into an endless pile of delightful books. Schools are not in the business of opening wide the gates so that new readers can pursue their own interests and find their own answers from the pages of books. Access to a new supply of great books is not the reason most kids look forward to the beginning of a each new school year.

Reading is the most important skill children can learn and provides a lifetime of benefits. But most children do not become proficient or lifelong readers. In Let Them Have Books, author Gaby Chapman offers a formula for delivering the gift of avid reading to every child.

Using research and her experience as a teacher, Chapman presents a detailed discussion of the reading habits of children. She covers why children should read, why they don’t, and what we can do to ensure that all children become enthusiastic readers.

Let Them Have Books outlines a new model for reading education. This model recognizes that the process of learning to read begins at birth and that different brains learn to read in different ways. This reading education centers on creating a dynamic reading culture in schools, one that encourages students to choose the books they read and provides ample time in school to read them.

GABY CHAPMAN learned to question education norms from her uncle, acclaimed educator John Holt. As a school board president in the 1970s, she oversaw construction of a school and developed one of California’s first charter schools. She retired from teaching in 2009 and lives in Northern California with her husband.