Memoirs of the New Age: A Book of Stories, Prayers, and Fables

Plus “The Book of Yes” and “Coming Home” 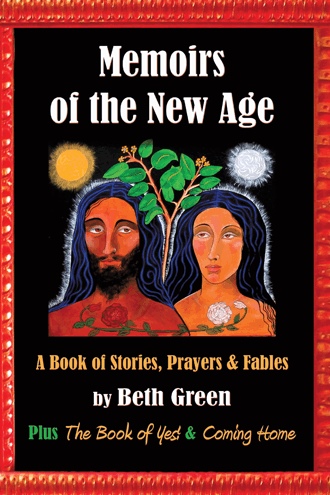 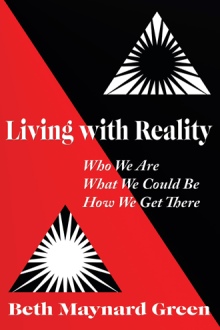 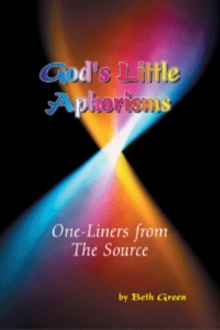 As we strive to find a new relationship with God, we fight, we search, and we cry—and so does God. And then we realize that God is not perfect; God is the totality of all being, and we are part of God. Memoirs of the New Age offers a collection of rich fables, introspective prayers, and poignant stories that unveil the struggles of humanity as we embrace the infinite.

Beth Green, a spiritual teacher and intuitive counselor, shares a unique voice that has helped hundreds of people to evolve and become greater blessings to those around them. From the pompous but tortured New Age rabbi who lost his congregation, to the young girl who hopes for a sign from God so she can become a nun, Green offers a mirror that allows for spiritual reflection and self-discovery. Other tales, poems, and fables are included that celebrate womanhood, illustrate the connection between sex and spirituality, and bring to life the emotions that accompany a reconciliation with God.

The unforgettable characters and poignant words in Memoirs of the New Age will help all of us remember who we are and, most importantly, that we are not alone.

Reviews of Memoirs of the New Age:

"I love Memoirs of a New Age! And I want to tell you that for me, this is not just a book, it’s more like an earthquake. A quiet rumble, that tantalizes, then shakes, then kind of explodes many of your long cherished ideas of who god is and what a real relationship with god could be. If you’re up for some spiritual awakening, buy this book, check out the website, join a readers’ discussion club or bring the book to your club! Like a wonderful meal, it’s meant to be shared."
Irene Townsend, PhD Clinical Psychologist

"I am building a really intimate relationship with this book the more I read it and the more I discuss it in our book club. At first it was just a great book of stories and poems and prayers. Then I started to appreciate the beauty and simplicity of the language and the images, especially in the poems and prayers. Then as I discussed it with others, I began to see how the stories related to me personally and how healing it was for me to go inside and own my experiences as a child or a woman or a spiritual person, feelings prompted by the experiences of the characters or the author. I’ve learned so much about myself and there’s so much more to learn! This is a book that I don’t have to put down when I’m done as I have with so many wonderful books I’ve read. I am going back over and over it to deepen and enrich my experience of what I’m reading. Read it, embrace it, use it, enjoy it, savor it! I’m giving this book to everyone I can think of for Christmas!"
Helen Hillix-Di Santo, MA, MFT

"Dear Editor,
I have read Memoirs of The New Age and have been profoundly impacted by these stories. The author, Beth Green, has an uncanny ability to express our human experiences in terms of seeing how we act and react to life is so intricately tied to our perceptions and beliefs about God. The writing is real, poignant, challenging and provides the opportunity for me to explore my own perceptions of God through the character's eyes. I will be reading this over and over.
Thank you for publishing it."
Chris Reese

Beth Green is a spiritual teacher, intuitive counselor, consultant, composer, workshop leader, and the founder of The Stream, LifeForce: the Inner Workout, and the Spiritual Activist Movement. She is also the author of four other books, including fiction and nonfiction, as well as the originator of the Living with Reality program. See more about Beth at www.bethsplace.org.