There Must Be Honor

On a journey through life and death and war, a man calls out for justice and hope. 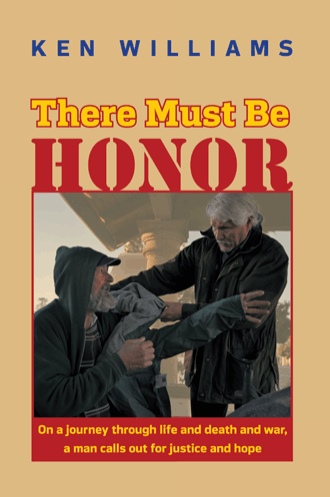 I was scared and lightheaded. Weakness draped her arms around me as if I were a long-lost lover, her cool embrace chilling me to the core. Hoping against hope, I tried to will my suddenly weak knees not to give out. The air trapped painfully inside my lungs became heavy. No matter how much I tried, it was all but impossible to force oxygen past my stone diaphragm. Forget even trying to swallow. My mouth was as parched as the deserts east of LA. The buzzing sound, like a swarm of bees trapped in my ears, set my mind spinning, making rational thought all but impossible. My world had become pure emotion. As in other situations where decision making became crippling, “damned if you do and damned if you don’t,” I forced myself to simply put one foot in front of the other. Anything was better than the gut-wrenching pain. Or so I thought.


Slowly I approached Joshua, fear impeding each step. I do not consider myself a coward, but it was too much. I swore that it would be the last time I came to one of these things, a vow that I was to break only a few times over the next ten years. That was saying a lot, because the crack and AIDS epidemics that were to cut through the homeless community with cruel efficiency were still to come.


Thank God Joshua’s parents weren’t there. I wasn’t sure how I would react to their presence. It wasn’t that my heart didn’t go out to them, especially to his mom. But issues remained between us: too many encounters on the streets, with Joshua in tow. Too many conflicting moral issues were outstanding, and now was not the time to deal with them. And Vietnam cast its long, heavy shadow even there—always Vietnam, a living, fiery presence that I could never outrun.


I found myself standing alone next to the baby’s coffin, his pale, impossibly tiny body cocooned within. Shock and dread clawed at me, ripping my insides to shreds. How incredibly small the coffin was. Briefly a slow-frame movie flashed though my mind: I saw myself pick up the coffin, tuck it under my arm, and storm off, taking Joshua away from the tragic play, this madness. This was America. That particular horror is reserved for poor Third World countries. Babies don’t die on our streets—not in the richest country, the richest state, one of the richest cities in history. But then reality, my reality, Joshua’s reality, returned.


I looked down. How peaceful he looked—how small he looked. Someone had put a dollar bill in his tiny hand. Was that supposed to be a statement of some kind? Wasn’t his death on American streets enough? 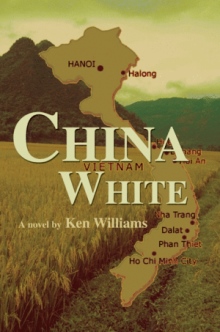 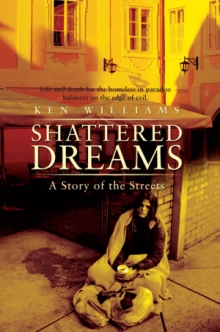 In one of the world’s most beautiful places, amid swaying palms and ocean breezes, Ken Williams battles death and hopelessness. In There Must Be Honor, Ken traces a journey behind the golden façade of Santa Barbara’s scenery and into the panting heart of its streets. He calls for honor, for remembrance, for compassion, for the least of us—the hardcore homeless, many of whom are, like him, veterans of our nation’s wars.

Remember the battlefield with him, and then return to the present as he faces down new enemies in another kind of struggle—the struggle to create compassion. Meet the people he serves, the friends he makes, and the loved ones he loses in his daily journey. There Must Be Honor represents his call for others to join him on that road to hope and a better future. Ken has won numerous accolades and awards for his many years of dedication, and his writing in this volume gives poetic reality to what is often an invisible struggle.

Ken Williams has worked as a social worker for the homeless in Santa Barbara, California, for the last thirty years. A US Marine Corps veteran who served in Vietnam, he has written extensively on homelessness and the Vietnam War. His other books include China White and Shattered Dreams: A Story of the Streets. He currently resides in Santa Barbara with his wife, Donna.