In Africa with Anstruther Carapace 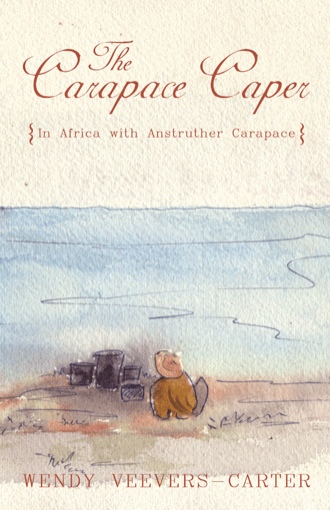 There were certainly plenty of lions around, roaring during the night, and we found several lying up during the day easily enough. We decided to move the zebra which had been hung upwind of the camp; and in the evening drag it to a new location, laying a trail of strong scent no lion could resist, jungle knighting at the same time. It was Pru’s turn to drive. Suddenly we all noticed an increase of weight at the back of the truck. Pru slowed down and I crawled back along the top of the cage to look down. There were eight lionesses on the kill. The noise of the generator and the power wagon had ensured we’d heard nothing. Andrew called to Pru to speed up, to try to shake them off. Ansti was busy with his camera and ordering the spotlight turned around, and none of us were keeping our voices down enough for Andrew who thought the lionesses could easily attack us. Fortunately they were so pleased with the “Net them, Wendy” Ansti shouted. “Net them!” “The hell she won’t,” said Andrew. Ansti ignored him, filming busily. I too thought annoying these ladies with a net was pretty stupid, particularly when I looked beyond them and saw three large males waiting their turn, but Ansti kept on shouting “net girl” at me and finally in a fury picked up the net himself and threw down on the lionesses before Andrew could stop him. With relief, we saw it land to one side, but unbelievably Ansti now ordered me to retrieve it. Andrew hissed, “she’s doing no such thing,” and Ansti shouted at him that an animal film was No Good unless something was being Done to the animals especially by a Young Girl and these were his orders and he was paying us to follow his orders. He was furious. After shouting some more, he climbed down, got in the cab pushing Pru aside and put his foot down on the accelerator. There were howls of protest from the rear, where the animals were keen to keep hold of their dinner, but eventually Ansti shook them off and after about five minutes had enough of a lead on them for Andrew to send a game scout down to cut the carcase free. In the lightened truck, Ansti now tore back to camp through the bush any old how, never mind the branches raking the crew on top, which now included Pru who said she wasn’t staying in the cab the that madman.

An eccentric inventor and film maker hires two young assistants for his film projects in Africa, and when he fires them – in the bush – he imports a Hollywood starlet to take their place. His unreliable equipment gives him a lot of trouble, and the three girls even more. This is the story of their madcap safari.

Born in New York, Wendy Veevers-Carter left for Africa at twenty-one, married an Englishman she met there and lived with him on an island in the Seychelles for fifteen years. After his death, she married the man she had first been engaged to, and went with him to Indonesia and Burma. They now divide their time between a remote cottage in Wales and another in Vermont.