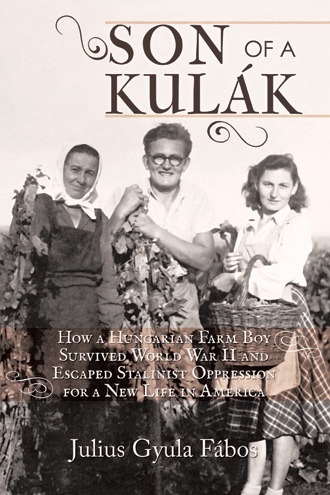 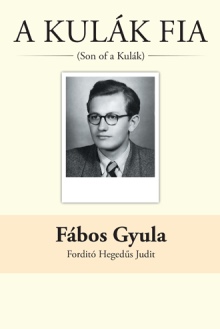 In the lush Hungarian countryside where he grew up, Julius Gyula Fábos fully expected to run the family farm one day. But after the communist takeover in 1945, his family, like other hardworking farmers of Hungary, were labeled Kuláks and became more and more persecuted as enemies of society. A series of shocking events followed for the Fáboses, including the author and his father’s arrest, torture, imprisonment, and confinement in slave labor camps.

In a compelling memoir that details not only his dramatic personal history but also reveals the largely unknown plight of his fellow Kuláks, Fábos narrates his turbulent journey from a peaceful boyhood on the farm through the dangers of WWII and the increasing terrors of Stalinist oppression, climaxing with the Hungarian Revolution and a risky escape to a new life in America. In recounting all that he and his family endured, Fábos illustrates that personal courage and determination can help a man to achieve his dreams, despite seemingly insurmountable odds.

“ … From the child’s-eye perspective of life behind the Iron Curtain, to an entire generation’s struggle to preserve humanity and shape the post-war world, Julius’s life story is a portrait of courage, resourcefulness, and perseverance …”
—Stan Rosenberg, Massachusetts State Senator

JULIUS GYULA FÁBOS has won all major awards in his field of landscape architecture, including the prestigious American Society of Landscape Architecture medal. He taught at the University of Massachusetts–Amherst for thirty-five years and is the author of several books. He and his wife, Edith, live in Amherst, Massachusetts.