FROM RUTH'S KITCHEN WITH LOVE 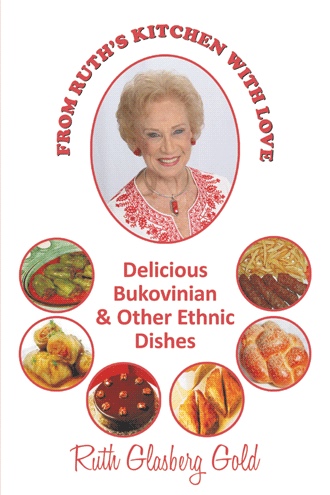 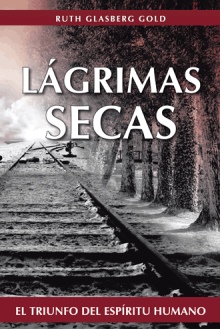 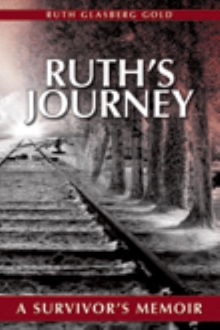 “As a multi-faceted author, gracious hostess and cook, Ruth has long been admired by her many friends who have been invited to her dinners. One cannot forget her multi-ethnic specialties, among them Romanian eggplant salad, Colombian Ajiaco potato soup, Bukovinian Schmettentorte (sour cream cake), to name just a small sampling of her culinary repertoire. French gastronome Jean Brillat-Savarin once remarked that ‘the discovery of a new dish does more for the happiness of the new race than the discovery of a star.’ George Bernard Shaw also believed that there was no love more sincere than the love of food. A sampling of the recipes from this book readily confirms both opinions.”

This is an unpretentious cookbook designed for epicurean tastes. It is also a tribute to the women of various ethnic backgrounds who left us the legacy of fine cuisine, which I hope to pass on to future generations. The majority of these recipes are from Bukovina, once Northern Romania, and other countries which were once part of the Austro-Hungarian Empire. Some of the Bukovinian dishes are almost legendary in their nostalgia. Many have never before been documented and, most probably, have never been featured on restaurant menus.

I have wandered across four continents and have experienced life under monarchies, communism, and fascism, all of which I survived. These multiple acculturations were extremely difficult, but had also some positive effects: one of them being the acquisition of a myriad of recipes. I am pleased to share with you some of them in the hope that you will enjoy this adventure as much as I did.

Ruth Glasberg Gold was born in Bukovina, Romania (now Ukraine) and deported at eleven to a concentration camp in Transnistria, where her parents and only brother perished.

After the war she joined a Zionist youth commune, and escaped from communist Romania on a freighter, shipwrecked off a Greek Island. Rescued by the British, she was taken to a detention camp on the island of Cyprus. A year later she was freed to go to Palestine.

Together with her commune, she helped create a new kibbutz in the Judean Hills near Jerusalem, and later entered Hadassah Nursing School in Jerusalem graduating as an R.N.

In 1954 Ruth became head-nurse at Elisha Hospital, then supervisor at Rambam Hospital, both in Haifa.

In 1958 she married and left Israel for Bogota, Colombia, where her son and her daughter were born. In 1972 the family emigrated to Miami, Florida. She was widowed in 1982.

Ruth was a participant in The International Study of Organized Persecution of Children; co-founder of WIZO (Women’s International Organization) in the U.S.A., founder of the first support group for child survivors of the Holocaust in Florida, and is a frequent speaker on the Holocaust. She is also a freelance interpreter in seven languages.

Ruth’s Journey: A Survivor’s Memoir University Press of Florida 1996, is her first book.

In February 2000 it has been translated into Hebrew and published in Israel by Yad Vashem, The Holocaust Martyr’s and Heroes’ Remembrance Authority. In October 2003 the same book has been published in Romania by “Editura Hasefer” and in June 2008 in Spanish by “Editorial Font” in Mexico. The German translation has been published in 2009 by Edition Steinbauer GmbH in Vienna, Austria.

On January 27, 2009 Ruth was a guest speaker at the U.N. in N.Y., at the International Day of Commemoration of the Holocaust.