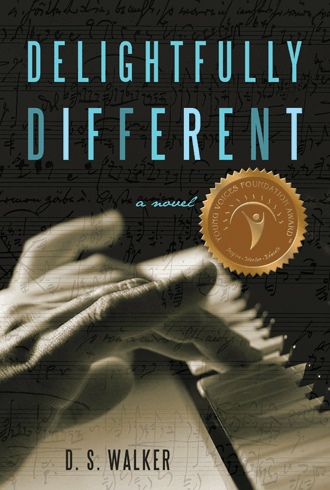 My name is Mia Lung. This is the story of the first eighteen years of my life. It is also the story of my mother and of my family’s love.


From the time I started school, I have lived my life knowing I was different from my peers, and I often wondered why. I blamed it on my mother, because I am the product of a mixed-culture marriage. I believed the reason I was different was because my mother was Caucasian. Most of my friends were 100 percent Asian.


On my mother’s side, I can trace my family back to before the Revolutionary War, which is mostly a good thing. However, my mother’s family settled in the Deep South after the Revolutionary War. As my mother explains, they were therefore on the “wrong side” during the Civil War. Some of her ancestors owned slaves, so Mom is both proud and embarrassed b y her heritage. This may explain why she usually tells people she is from Montana, which is where she lived when she met my dad.


My dad’s family is Chinese. Ah Gung’s (Chinese for “grandfather”) family has lived in Hawaii for over four generations. My dad is either the fourth or the fifth generation depending on whether you use Ah Gung’s father’s or mother’s side. On Ah Ma’s (Chinese for “grandmother”) side, I am only the third generation born on American soil. Therefore, Ah Ma expected all of her grandchildren to strive not just to do their best, but also to be the best at everything they did to make our ancestors proud because they had sacrificed so much to come to America.


If you have ever read the book or seen the movie The Joy Luck Club, then you have an idea of what it was like to be Ah Ma’s granddaughter. If you have not, then suffice it to say, Ah Ma made me feel like I had to be the best at everything yet, she never told me why she did this. Because of the way she talked to us, there was competition among all of her grandchildren. For instance, if I told her that I was taking piano lessons, she told me that my cousin had just received a medal for swimming. If I got an A on my report card, she told me how many A’s my cousin got. It didn’t matter that I was older and the subjects were harder. She did this for everything.


Chinese culture is rather complicated. Honor and respect for family and family ancestors is important. Equally important is saving face. Face is how we appear to others. Outward appearances can sometimes seem more important than true character.


I don’t believe it was Ah Ma’s intention to make me feel less valued or less loved than my cousins. Still, this was how I felt when she always changed the subject to my cousins’ accomplishments.


Because of cultural differences, my parents’ marriage did not always receive full support from their families. Both families had concerns, and neither side understood that some of their values were the same.


Mom’s parents told her that they would not be around if this marriage failed because they were older. Grandma also cried because Mom would be living so far away.


Grandpa even reminded Mom that it was once illegal for white people to marry Asians. Mom took offense to this, and Grandpa had to explain that he did not mean it that way. He just wanted Mom to understand that things might be hard because of this.


Mom told him that she and Dad had decided to live in Hawaii for just that reason. She assured him that lots of people in Hawaii had multicultural marriages.


Dad’s family asked Mom questions about her Southern family like, “Did they own slaves?” Mom took offense to this since obviously she had never owned slaves. She grew up respecting all people. The implication that her family was racist just because they lived in the South was upsetting to her. Dad also told Mom that his mom always wanted him to marry a Chinese girl.


This alone would be hard enough for some couples to overcome, but to add to my parents’ stress, God gave them me. Mom said I was a gift from God sent to teach her patience. My mom always loved me even during times when I was difficult to understand. Because Dad’s family didn’t openly show affection except to babies, it was harder for him to show affection as I grew up. This caused me to doubt his love for me.


Okay, I have given you a basic overview of my family heritage. Now I must start at the very beginning of my story, so you can really understand who I am.

“Ben Long, a successful Hawaiian pediatrician, and his wife Francesca have high hopes for their first child...born with Asperger’s syndrome...Walker does a remarkable job illuminating Mia’s offbeat perspective from within; she makes it more a personality than an affliction...Walker dispels much of the mystery of Asperger’s kids while revealing the richness and promise of their lives.”
— Kirkus Review

From the very beginning, Mia lives her life on earth knowing she is different, but not understanding why. With an extensive vocabulary and insight beyond her years, Mia is a beautiful spirit who soon develops extraordinary musical talents. But subtle signs soon emerge. Mia does not like to talk on the phone, walk barefoot on the grass, and cannot go to sleep without first lining up all her stuffed animals on her bed. Just as her family finally realizes that Mia is battling sensory sensitivity issues, she is bullied in fifth grade. After Mia’s school counselor causes her to feel like the guilty one, Mia struggles to forgive those who, through their own ignorance, have hurt her.

Delightfully Different shares a poignant glimpse into the life and mind of a girl with Asperger’s Syndrome who demonstrates through her compelling experiences that every life has a purpose and that being unique is what makes each of us special.

D. S. WALKER has been a registered nurse for over twenty-five years and has extensively studied sensory processing issues related to Asperger’s Syndrome. She lives in Honolulu, Hawaii, with her husband and two children, where she enjoys spending time with family and friends, walking her dogs, and reading.