Enter a world of glittering deception, and danger whose dazzle takes the breath away 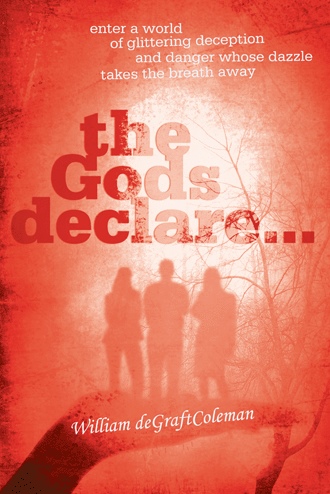 At this point, Obrien was mentally weaving through various options desperately. He knew he had made a terrible misjudgment—that he should have known he had been spotted when the butler looked towards the wooded area and fl inched in the process. Some-how, he had misinterpreted his unfazed attitude and had let his guard down. Although, the present situation was precarious, Obrien was not overwhelmed at the shocking turn of events because his plan had been a smooth sail. Incredible winds of luck had been in his sail since the beginning. Pragmatically, he knew these winds were not going to blow in his direction indefinitely. And now this was it, finally. Now both his life and that of Angel were in terrible danger. Once the killers realized what he had done, they would not hesitate to execute him un-less he could somehow devise a way. However, with the expert shooter pointing his gun at his head, his chances were slim, almost nonexistent.

A sharp pain suddenly shot through his fibula sending him sprawling in the shrubs. “You are taking me for a ride, aren’t you?” A second bullet scattered the ground just a few inches from his face, sending dust particles into his eyes. 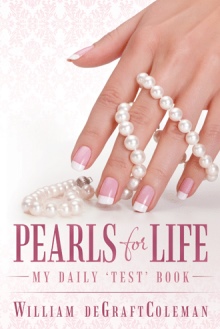 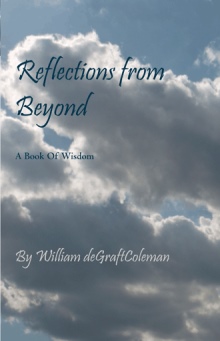 Reflections from Beyond
William deGraftColeman
$31.95 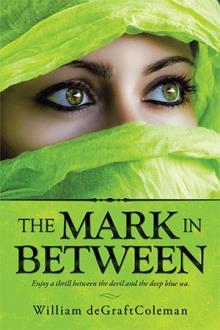 The Mark In Between
William deGraftColeman
$28.99

Deep in her soul, Stephanie Whitfield believes that unseen, sinister forces have been dictating her life—making it a living hell. As she walks confidently into the hospital to begin her medical career, no one watching would ever suspect that this fiery, ambitious woman tasted her first blood when she was just twelve years old. Stephanie is nurturing an unconscionable quest for vengeance.

Stunningly beautiful Angel Stevens is an unassuming woman with a tragic past. Now, she is consumed with morbid fear; in less than twenty-four hours, she too will be a victim—her vital organs taken and shipped to save the life of an ailing politician. With no one to turn to, Angel is praying for a miracle.

Retired Lieutenant Bernard Obrien has already come close to death more than once. A decorated war hero who has just awakened from a crippling depression, Obrien has no idea that death once again hovers in the shadows, threatening to seize the life he has just rebuilt.

In this gripping tale, the tumultuous lives of three extraordinary individuals are about to collide and culminate in an unthinkable string of catastrophic events that stun the LAPD, the FBI, the city of Los Angeles, and even beyond.

William deGraftColeman lives in Orlando, Florida, where he is currently working on the sequel to The Gods Declare as well as a work of nonfiction.

Also by the Author
Reflections from Beyond; a Book of Wisdom
Available at www.iuniverse.com and from your local bookstores.