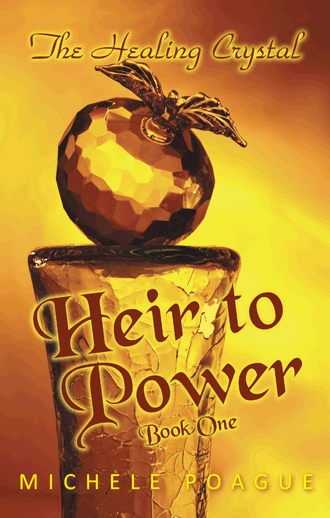 Collin started calling Kairma Boo when she was six. Zedic, Collin, and Kairma were playing in one of the many caves in the area. Zedic and Collin stood outside the opening where they’d left Kairma several yards behind in the dark. As she came running out of the cave, Zedic jumped at her from the side of the opening and yelled, “Boo!” Momentary fright crossed Kairma’s face, to be quickly replaced by fury when she saw Zedic. She went at him with both fists in tight balls, knocking him down the hill. Collin fell to his knees laughing at the startled look on Zedic’s face as he tumbled head over heels down the grassy incline. After that, Collin called her Boo when she tagged along with Zedic. Kairma would get so mad that she would try to wrestle Collin to the ground. Collin, being two annums older than Kairma, had no trouble keeping her contained. By the time Kairma turned nine the name was permanent, and she no longer got angry about it. That’s not to say she wasn’t willing to tumble with Collin for other reasons, but over the last few annums Kairma had learned to control her temper and the scuffling was kept to a minimum. This had more to do with Collin not teasing her as often than Kairma’s willingness to back down from a challenge. She never backed down from a fight with anyone.

Kairma walked to the side of the immense rectangle and, using the hem of her supple suede skirt, she brushed away more dirt from a cylindrical ornament on the left side where it was embedded between the wall and the deep golden rectangle. “Look at this,” she cried, “and there’s another one up here!” Evenly spaced along the left side of the rectangle were four cylinders about the size of the handle of Zedic’s hammer.

Collin was momentarily torn between looking at what Kairma had uncovered and the pale thigh she so innocently showed by raising her skirt. Although he’d known her all his life, recently she had had a different effect on him. Somehow, now she seemed more interesting than when she first began to tag along with Zedic. He used to tease Kairma unmercifully in hopes that she would leave them alone. Now he was glad she had found them here today, but wasn’t quite sure why.

Hoping Zedic hadn’t noticed his brief hesitation, he quickly brushed the dirt from the remaining cylinders. “I’ve got something like this in my pack,” he said as he pulled out a small piece of alloy. “See, it looks like a butterfly with holes where the color should be.” Folding the wings together he held it up to one of the cylinders on the wall. “I don’t understand why someone would wedge this in the wall.”

Zedic walked up to look closer. “Must be to hold the block in tight.”

“Can I see it?” Kairma reached between Collin and Zedic, who were studying the artifact. As she brushed against him, Collin felt a strange tingle in his lower belly. Thinking it must be coming from the Crystal, he looked down, but the space between the upper curves of her breasts was bare. The tingling increased as he noticed the beads of sweat mixing with the dust from the mountain. Trying not to stare, he stammered, “Where’s the Crystal?”

“I let Kinter wear it so she wouldn’t tell anyone where we are.”

He handed her the alloy butterfly. “Kinter? My Stones, Kairma! Do you think that’s a good idea? What if she loses it or something?”

Kairma rolled her eyes. “Kinter losing the Crystal is the least of my worries. Getting it back at the end of the three weeks might be a larger problem. She values it far too much to lose it. She’s young, but she’s not stupid.”

Collin looked at her, shaking his head incredulously. “Kinter?”

Kairma ignored him as she ran her fingers around the smooth edges of the alloy butterfly, poking her fingers through the holes and working its wings back and forth. With what appeared to be uncanny insight Kairma said, “Look!” She closed the wings between her hands. “If this side is attached to the wall,” suggesting her left hand, “and this side is attached to the inner block,” referring to her right hand, “it would open like this!” Putting her fingers in the holes, she opened her hands to demonstrate.

“Collin, I think she’s right!” Zedic grabbed the ball on the right side and pulled on it.

They pulled and pushed on the vast block but nothing happened. Exhausted they sat back and stared at the slab of alloy.

Collin went to his pack and pulled out a piece of fatty meat and a cup. “I’m glad I didn’t eat all of my lunch.” He smiled at the others. “Maybe if we grease it up a bit, it’ll come loose. That’s how I got that one to move.” He motioned to the object Kairma was holding.

Collin built a small fire and placed his uneaten meat in an alloy cup. Once held over the flame, the fat melted into a shiny pool around the meat. “Zedic, pick the largest leaf you can find and curl it into a funnel.”

The afternoon passed to early evening as the three companions worked intently on the remarkably created block. They poured the grease on the cylinders and watched it disappear into the crevice of the block. Again they pulled on the block to no avail. They poured more grease over the ball and it turned back and forth slightly. Zedic turned it with all his strength and pulled. There was an audible click, and then the sound of rocks grinding together. The huge slab moved ever so slightly, engulfing them in dust and foul air.

At just that moment, the shadow of a large cloud passed over them. They looked at one another and shuddered. It was hard to discount all the tales they’d heard about the powers of the gods.

Suddenly Kairma said, “Zedic! We have to go! The sun will be down before we can get home again! I can’t believe Kinter hasn’t come looking for us.”

As Collin brushed the dust from his leggings and looked longingly at the block, he said, “We don’t have to go right away. The moon will be full. It won’t be difficult to see our way home. Don’t you want to see what’s in there?”

Zedic looked thoughtfully at the door and then up at the sky, and once more at the door. Collin and Kairma waited for Zedic to reply. They knew Zedic was considering the situation from every conceivable angle.

Collin blew out a sigh. “Come on, Zedic. Stop chewing on it and spit it out.”

When Zedic finally spoke, his tone was methodical. “We don’t have any torches. Even if we did go inside today, we wouldn’t be able to see anything. I am also surprised Kinter hasn’t come to find us. She must be too afraid of offending the gods to climb the stairway. That’s the only thing I can think of that would keep her away.”

Sounding disappointed, Collin said, “Well, I guess you’re right. We can always come back tomorrow.” He looked slightly hurt as he gathered his daypack and staff.

Kairma had already climbed to the top of the boulder. “Come on, you two. We still have to find Kinter, and making her happy now might not be easy.”

Collin and Zedic joined Kairma on the narrow path. Wasting no time, they hurried down the stairs and across the narrow valley that separated the Godstones from the amphitheater. Quickly climbing up the tiers of seats, they reached the two large temple buildings where they found Kinter sitting by the altar.

Kinter stood up, placing her clenched fists on her hips. “It’s about time you came back! I was beginning to think the Whitish really had eaten you. I was just about to leave you for dead.” Her anger didn’t fool the others; she looked frightened. 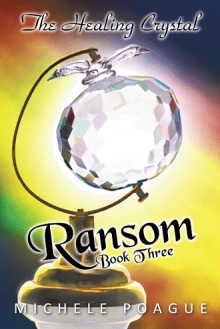 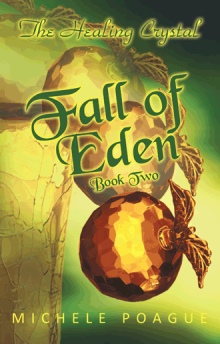 The colony of Survin has been hidden for centuries, protecting an ancient religious artifact called the Healing Crystal from men who would steal or destroy it. Kairma, heir to the Crystal, is destined to mate with the handsome Naturi and become the leader of the reclusive colony, but she is too young to realize the peril soon to arrive. At sixteen, Kairma is too young to realize many things ….

Kairma would rather go spelunking with her brother and his best friend than study ancient medicine and religious laws, but the discovery of a tomb containing ancient artifacts leads Kairma to question her religion and the true nature of the Crystal. To further complicate Kairma’s ascent, a childhood illness has left her resembling a nearby race of men both hated and feared by the people of Survin. Because of this, Kairma’s younger sister Kinter, who is in love with Naturi, believes she is the rightful heir.

Disease and infertility have decimated Survin, but bigotry and religious laws forbid the introduction of new members so things heat up when a traveling archeologist stumbles upon the reclusive colony and introduces a powerful new weapon. Forced into a larger world, the Survinees discover they hold an object of unimaginable power, a power other men covet, a power that might save or forever damn the human race.

Michele Poague currently lives in Denver, Colorado. Heir to Power is the first book in her Healing Crystal trilogy.