The universe according to the meaning of life 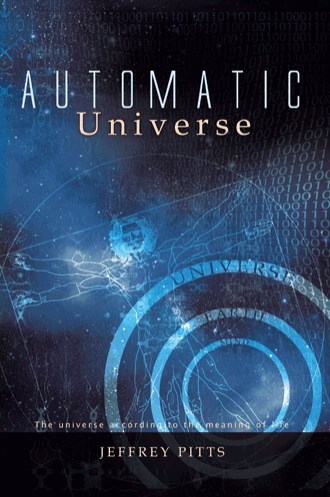 Humans are one of many components in the universe, equal to the same standings of other components. The stars we see in the night sky contain substances similar to those found in us, only composed differently. Humanity shares common attributes with other components, as all things were created by the same inventor and have originated from the same substance. The blueprints used to create man are evident in the composition of other things the inventor has created. Humanity shares a common underlying trait with all other components. All of these components in the universe reveal insights into their creator’s intent. This conceptual intention is embedded within humanity and has been passed down through generations, revealing insights into the consciousness of the inventor. We can sense this grounding will of the inventor when we concentrate on our desires. By focusing on our essential motives, we are tapping into the desires of the universe. By understanding what makes humanity function, we are able to define the underlying coding formulated to make a human entity. Doing what humans do best is the process of abiding by the inventor’s intensions. Understanding this programming gives us insights into the designer and its motives.

The study of human history is the study of man changing his environment. Humans specialize in change; more specifically, man specializes in the rapid transformation of existence. The rate of manufactured human change in comparison to the rate of evolution is profound. As humanity progresses, change occurs exponentially. Wherever man travels, he will impose this change, transforming landscapes and the form of matter. This course, although perceptually deviant, follows the natural course of the universe as the universe abides by the same design. Humans were designed to impose change at an accelerated pace. This change is in compliance with other components of the universe. Humanity has been provisioned resources to comply with motives of unrelenting change.

Humans have been placed in a scenario that makes change easy to execute. The physical restrictions preventing change are negligible in comparison to human abilities and are only confined by human limitations. The motives ingrained into humanity that perpetuate change have been passed down from the inventor’s motives. Change at an accelerated pace, unlike that found in the universe, was a motive imposed onto humanity. Human programming relentlessly wills humanity to propagate change to the greatest extent. The rapidity of this change in relation to other components within the universe is overwhelming. The reasoning behind this rapid change defines the inventor’s motives.

A change from one state to another has profound implications. Things require a change when there is a deficiency or fault in the current state. The universe requires change from its present state. A motive exists in the universe to transform itself into an ideal state that is different from its current condition. This motive has dictated the conditions of all components within the universe; this motive is embedded in the fabric of existence and is subtly transposed into physical things. The urgency driving this motive is profound and has led to the creation of humanity. Humanity unknowingly bears this rooted motive, thereby following an underlying code set by an urgent messenger. This motive has resulted in a creature with many facets and abilities. Humanity is the result of this desire. Humanity is the evidence of the universe’s motive.

You will never look at the world the same way after you’ve experienced The Automatic Universe. Gripping truths about reality reveal the mechanics of existence that will challenge your beliefs about the meaning of life. A riveting reality check addresses how the universe operates and the role humans play within it. Reality is put on a suspenseful trial that will question your belief in existence. Your senses will tingle as you discover the truth about your nature and your relationship with the universe. This journey of enlightenment will redefine your perception of reality. Forget about what you thought you knew about the universe and open your eyes to The Automatic Universe.

Over 40 diagrams and illustrations.
Famous quotes from renowned authors.

Writer, anthropologist, philosopher, Jeffrey Pitts is an accomplished essayist who has worked on several books including Reality Revealed, The Hidden Puppeteer, Existence in a Nutshell, and several short stories. Jeffrey’s goal in his works is to change humanity’s perception of reality by transforming the face of science. His philosophy follows the path of truth and logic when revealing the underpinnings of existence. Jeffrey is also a prized artist and has contributed his talents to newspapers and regularly donates his works to charity.

Jeffrey is a graduate of philosophy from the University of Toronto and holds accolades from Sheridan College. He headed several student organizations focused on studying astrology and philosophy. His contributions to these disciplines have led to organizing student groups dedicated to enlightening society. Jeffrey began his career as a documentation specialist for a renowned technical conglomerate and continues to operate as a trend analyst for Fortune 500 companies. During his career, Jeffrey has contributed his talents to several publications, including those from the academies he has attended. Jeffrey continues to serve as a public speaker and provides volunteer services to North York Women’s Volunteer group and Cross Cultural Solutions Foundation.