With a Heavy Heart

Confessions of an Unwilling Spy 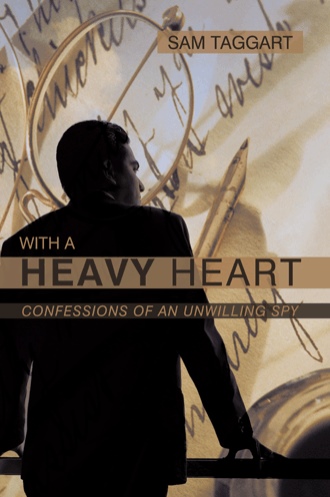 Prologue June 12th, 1942 Under the cover of darkness, the German submarine neared a remote beach on the north east tip of Long Island. The ship’s Captain raised the periscope and surveyed the pitch-black foggy night. He could see nothing: no lights, no patrols and no other ships. He commanded his Chief to switch off the quiet running electric motors and prepare to unload their cargo. OPERATION PASTORIUS was about to commence. The brain child of Admiral Wilhelm Canaris and Walter Kappe of the German secret service, PASTORIUS was a plan designed to strike at the heart of American production capacity. Prior to December of 1941, Hitler was adamant that nothing be done to arouse the sleeping giant across the Atlantic Ocean; he believed the Americans had no taste for war. Despite these admonitions Canaris had built up a clandestine network of moles buried in U.S. society. A lion’s share of the activity was aimed at the industrial capacity of the U.S. and, more specifically, the aluminum industry. Hitler said in speech after speech: “The next war will be won by those who hit hard and fast. It will be won in the air and on the sea, not in the trenches.” The key to lightweight, fast ships and aircraft was aluminum—aluminum frames, smaller cooler engines. After the attack on Pearl Harbor and the entry of the U.S. into the war, Hitler looked to Canaris for ways to slow America down. One sure way was to limit the import of bauxite ore, the raw material for aluminum, from South America. German U-boats cruised the Caribbean harassing and sinking ore barges bound for the U.S. shores. In the winter of ‘42, Canaris presented a plan to cripple the U.S. aluminum industry. OPERATION PASTORIUS was a complex plan taking advantage of the spy ring that he had built up and nurtured in the pre-war years. The package that the U-boat Captain was about to deliver was a squad of four saboteurs. These four men shared several things in common: they all spoke fluent English and could blend into American society with ease; each had lived in the United States during the twenties and thirties, working as handymen, chauffeurs and mechanics; and, most importantly, they were all willing to give up their lives for the Fatherland and the Nazi party. Their mission was to disrupt the electrical and rail systems in the northeastern United States and play havoc with the production of aluminum in New York, Tennessee, Illinois and Arkansas. The other goal of PASTORIUS was to create terror in the hearts of Americans; to make it perfectly clear that even though they were separated from the war by the Atlantic Ocean, America wasn’t immune to attack even in its heartland. 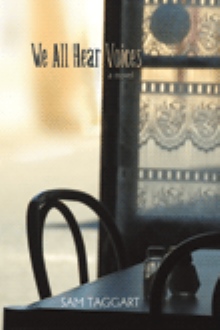 By 1933, life in Vienna is in chaos. The Nazis have taken over just north of the border; the rail workers are threatening to strike, and the economy is in shambles. Jean Louis Stein has completed his engineering studies, but jobs are scarce. Worse yet, his mother has not heard from his brother Franz in nearly two years. Frantic, she asks Jean to travel to the United States to search for him. Jean has no choice but to agree—he will do anything to stop his mother from crying—but his decision is about to lead him into a trap between two warring worlds.

Jean’s ship docks in New York as the threat of war looms in the distance. After he finally connects with Franz, it is not long before his world turns dark once again—his mother has been captured and placed in a concentration camp along the Danube River. Through a network of operatives, Jean is soon coerced into spying for the Germans in order to keep his mother alive.

But as World War II breaks out and pandemonium envelops both the United States and his homeland, Jean is forced to make a life-altering decision once again.

SAM TAGGART is a family practice doctor who has lived in Benton and Hot Springs, Arkansas, for the last thirty years. An avid outdoorsman and marathon runner, he is the author of the novel We All Hear Voices and is currently writing two other novels about the Delta.