Dropped but Not Broken

Learning to Love from the Inside Out 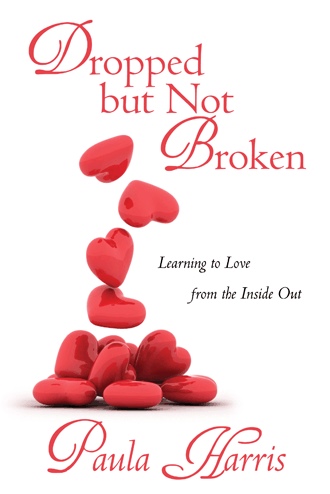 I Won’t Let that Happen Again!

Have you fallen lately? My poor mother-in-law had a terrible fall on ice and broke her ankle. In a split second, she found herself laying flat on the ground in terrible pain. That one fall put her through surgical procedures and months of rehab. I remember her saying, “I won’t let that happen again!”

With a sigh, Sylvia placed her keys on the table. She proceeded to take her coat off and hang it up. She just had an abortion and no one had a clue that she was pregnant. Her parents would arrive home in a couple of days so she had time to recuperate. Even Daniel did not know that he had gotten her pregnant. She burst into tears wondering how she could have been so permissive with her body and reputation. Sternness entered into her thoughts as she declared to herself, “I won’t let that happen again!”

When an incident invades your life and causes great pain; if you believe you can prevent it the next time, you will most likely conclude, “I won’t let that happen again!” You will take precautionary steps to make sure the incident does not repeat itself. Before you know it, you have shifted into a mode of “self preservation.”

The only problem with self preservation is that it is all about “self.” When a person is wrapped up in self, there is not much room for anyone else. Your arms are wrapped around your own body not permitting another to be included in the embrace. You develop a determined mindset that nothing is going to bring you down again. You build a wall of protection around yourself. The only problem with trying to protect yourself from others is that you cannot.

Imagine this happening to you. You were with someone who began to look down into a deep dark hole. This person was enticed to the point that she began to fall into the hole, but when she began to fall this person reached out and grabbed your hand as you were standing next to her. You were pulled down into the hole with this person, even though you had given her a warning beforehand about the hole! You made a decision to trust that she knew the danger of that hole and would not get herself in trouble. So when she grabbed your hand and began to pull you down, it shocked you as you had no control over her actions. It took you by surprise; you were caught off guard. So you plummeted down into the deep dark hole with her. Once she crashed to the bottom, you were angry and mad that she had done this to you without even considering your wishes or safety at all. She was only thinking of herself and what she wanted. You were injured and bruised badly. Although she was in the hole with you, you felt alone. You were looking at someone you did not know and as a matter of fact, you felt you needed to be protected from one who was suppose to be your friend. How could she be so inconsiderate? You could not see a way back or out of this dark hole. You were experiencing only darkness and that is all you could see. It left you feeling afraid and very vulnerable and with no clear hope ahead. You did not feel you could shout for help because then many would know the lack of love your friend had for you and how selfish she was. At the same time, you felt someone would believe it was your fault that you both fell in the hole in the first place. If you had been attentive, you would have prevented both of you from falling. You sink down in despair and physically begin to have no strength at all. To try to recover somewhat you had to place boundaries between you and the now suspected enemy. Then finally you knew you had to bring what was in the dark to the light so Satan could no longer keep you bound. You seemed to be stuck in the mindset of wanting this all to go away and to wake up from this terrible nightmare, but each time you tried, you realized it was real and you could not shake this off like dirt from the bottom of your shoe. Although you recalled God’s Word to mind, it did not have the same intimate connection as before. You were still feeling empty. Nevertheless, you continued to call upon Him. At long last, you had a breakthrough and reconnected with Him. You don’t know how, but you felt the oneness and deliverance no counselor on earth could provide. The healing in your heart had begun. You now even had compassion and love for your friend. No trickling compassion as before, but an overflowing forgiveness and love. The Lord reached down into the deep hole and grabbed your hand to lift you out; and at the same time, you grabbed her hand and the Lord lifted both of you out of the deep darkness. That day you began to see clearly again. You could even praise God for having fallen into the hole. The hole showed you the truth about both of you and what the Lord desired for you individually and as friends. That which you were angry and resentful about before, became a platform of praise and thanksgiving. Your Lord had freed you from this dark dungeon to hold you ever close to His bosom.

Can you recall an incident when a spouse, family member, or friend pulled you down into a pit without notice and you found yourself flat on your back looking up? Now I am not saying this literally happened to you. I am stating this figuratively. The fact that they would do such a thing made you declare, “I won’t let that happen again!” When you set out to protect yourself, God will let you. But it is better to let God protect you than to expend your own energy to protect yourself and end up in the gutter and more brokenhearted than before.

Lamentations 3:52¬57 NLT states, “My enemies, whom I have never harmed, hunted me down like a bird. They threw me into a pit and dropped stones on me. The water rose over my head, and I cried out, “This is the end!” But I called on your name, LORD, from deep within the pit. You heard me when I cried, “Listen to my pleading! Hear my cry for help!” Yes, you came when I called; you told me, “Do not fear.”

Are you presently protecting yourself from being hurt again? When you build a wall to keep others out, that same wall will imprison you. You may unconsciously begin to sabotage any intimate relationships. You will begin to be alone and emotions of loneliness will creep in. It may get to a point that it becomes more comfortable to be alone than to be with others. Your self-preservation will keep you locked in. You can look out and see others interacting and enjoying themselves, but you are not able to participate. All you have is self. You will not effectively receive and give love in such a condition. Would you agree? So a campaign of “I won’t let that happen again!” will defeat you. It is important to remember that we all get hurt at some point in our lives. These hurts can leave deep scars, but we can keep the scars and still thrive.

Relationships can sometimes take unexpected turns, and many Christian women are reluctant to share these challenges with others, fearing they may be stripped of their robe of righteousness. In Dropped but Not Broken, author Paula Harris confronts these all-too-common issues. She shows how women can experience deliverance and healing in order to be set free to receive and give love once again.

Through a series of real-life, mini-narratives and scripture-based advice, Dropped but Not Broken offers guidance for bringing prayer and calm love into one’s life. It shows women how to know a love that manifests itself from the inside out and how to break free from suffering in silence, from substitutes to the real thing, and from rejection into rejuvenation. You can overcome unreliable feelings with faith, learn how to trust again and overcome conflicts.

Teaching the two most effective principles for experiencing sincere love, Dropped but Not Broken helps women strengthen their relationships, in order to live a more fulfilling life.

is the director of Transformed Worldwide Ministries, an outreach and teaching ministry. She travels all over to speak at women’s events. Paula has been married to William for thirty-seven years. They reside in Exton, Pennsylvania. This is her third book. Visit her online at www.twmforjesus.org.