Findings of a Teacher Turned Detective 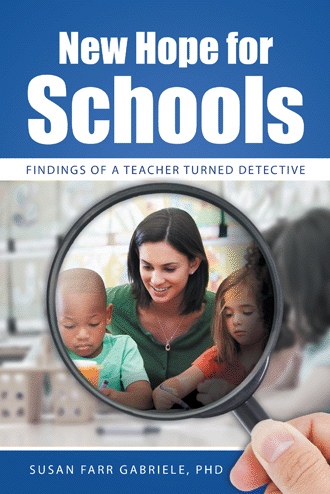 PART ONE:
A Public School Teacher Turns Detective
To Investigate The Problems Of Schools

CHAPTER ONE:
Clues and Findings on a High School Campus

My conscious passion for the subject of this book began after I had been teaching some 15 years in Los Angeles’ public schools. In 1980, I entered the teacher workroom at my campus, a high school just west of downtown Los Angeles, and a poster on the bulletin board caught my attention. It was a picture of an electrical outlet with too many extension cords (Figure 1). The poster read WARNING: OVERLOAD WILL CAUSE TEACHER BURNOUT.

My students themselves were not a source of stress for me. First, teaching was fun and my students were interesting. Most were delightful and inspiring. Some were challenging--never boring! Second, this was my job: I was hired to teach students. Of course, I typically had 150 students a day--5 classes every day, 5 days a week, and knew I didn’t have time to take a true inventory. Standing in front of the poster, I decided that when I retired I would go back to school and really sort this out.

But, I was already hooked. As I continued teaching, I found myself more aware and taking inventory of the increasing stress and pressure I was feeling. I decided to collect and record events that were stress-producing or “interruptions.” The term interruption is perhaps not the best phrase, but it works. Of course, many of the stress-producing events/interruptions contained information that was useful and important. However, the frequency and numbers of interruptions in the classroom teaching and learning processes overwhelmed me. And, I felt that most of them had nothing to do with the needs of my students, and, more importantly, they took my attention and energy away from my students.

After a few weeks of data collecting, I counted and categorized the stress-producing events. They came from four places: the door of my classroom (people from outside coming in and interrupting our continuity); the public address (PA) system; my mailbox in the front office; and the endless and seemingly useless school meetings. Figure 2 illustrates them.

This was in the early eighties, and the four sources of stress I immediately identified were at my particular high school. For schools and workplaces (and homes) of today, there are additional sources of stress and disruption masquerading as improved communication: email messages, voice-mail, electronic phone calls, and more.

As I looked more closely at my four sources of decreased effectiveness as an evaluator and counted the pieces of paper and other classroom intrusions, I realized that, more than 90% of the extra stress and paperwork originated with administrators or non-teaching teachers.

By non-teaching teachers, I mean any employee with a teaching credential who has no classroom assignments. This means the principal, coordinators, counselors and other administrators at the school. This also means credentialed (certificated) personnel at the district offices where there are no students.

I looked up the California Code of Education in the school library. I found a section in the education code stated that, in unified school districts, there should be at a maximum 8 out-of-classroom certificated personnel (administrators) to 100 in-classroom certificated personnel (teachers) in order to “discourage the growth of bureaucracy in public schools and to emphasize the importance and significance of the teacher,”(Section 41400).

An article in the newsletter, the United Teacher, reported that Roger Segure an important figure in the local teacher’s union: United Teacher of Los Angeles (UTLA) found evidence of a 25 to 100 ratio (1980) in the local school district. In other words, of all the certificated employees, 25% were administrators. I did the math. 25 - 8 =17. To me that meant that 17% of the administrators (and their salaries) would seem to be illegal. I came to learn that this excess of administrative personnel is often called hyperbureaucracy. I also found later amendments in the California Code that made exceptions to (created loopholes for) this ratio.

I kept following clues, looking for answers. I spoke to the union representative about the negative effects of too many administrators. He had heard this before. In fact, he explained that, in 1981, an elementary school teacher collected all her mandated paperwork to prove the impossibility of completing it. In response, a Teacher Paperwork Advisory Committee was established by the Education Code (Section 33430). However, the committee was found to be ineffective, disbanded, and the education code statute was repealed. Why isn’t this surprising?

I made a notebook with these and more illustrations, explaining the processes and problems of schools. The overarching problem, as I saw it, was hyperbureaucracy. I showed the notebook to my colleagues and anyone who would listen. In the lunch room, I showed it to Mary, an English teacher whose classroom was next to mine.

I made an appointment with Harry Handler, my school district superintendent. To me, it was interesting, almost magical, that he had been my math teacher at Audubon Junior High School when I was a student; and now that I was a teacher, he was my superintendent. As I shared my notebook with him, he asked a few questions from time to time, and listened patiently, giving me longer than my allotted time. Halfway through, he let me know that he had another meeting in the other room that he was missing. But I continued. I became more and more animated as I leafed through my presentation. When I was finished, Dr. Handler expressed an opinion.

“I think the problem is a we /they attitude.”

I was taken aback, but I regained composure.

“Are you getting a we/they attitude from me?” I asked.

“Yes,” he said politely and firmly, looking me straight in the eye.

I thought a moment. Yes, I was expressing myself with too much emotion. “Well, have you ever heard these ideas more clearly presented?”

“No,” with his same direct tone.

“Then just know that I am a dedicated teacher who is committed to improving our schools,” I declared. I don’t remember what was said next. I had become too aware of how much time I had taken and my animated tone. I left, and he quickly entered his board meeting.

I did not follow up with Dr. Handler on my notebook of school problems. I was teaching full time, doing staff development, and helping new teaching staff as a mentor teacher. Moreover, Dr. Handler had a point. It isn’t (or shouldn’t be) teachers against administrators. We are all in this together. More specifically, we (teachers, administrators, parents, community members, etc.) are all in this (educating our children—our next generation leaders) together.

After teaching more than twenty years in Los Angeles public schools, author Dr. Susan Farr Gabriele became disheartened with the state of schools. Too many influences took her away from the actual teaching of children. Gabriele turned to graduate school to seek answers to the problems in public education.

In New Hope for Schools, she shares the results of her studies and the creation of a system that works for education. Gabriele discusses her experiences as a teacher and teacher turned detective looking for answers in her teaching experience and postcareer graduate school. She then reveals a breakthrough theory to demystify the behavior of people in schools, gleaned out of Boulding’s Typology of System Complexity. As a result, she created the RoundTable, a practice designed to be an effective new tool for schools and classrooms, as well as a seed for systemic renewal. She also provides a three-pronged solution for unshackling and revitalizing schools and workplaces.

“A powerful way to learn!...the RoundTable provides a kind of learning experience that makes a real contribution to the community as a whole...”

Susan Farr Gabriele, PhD, taught for twenty years in Los Angeles schools, including assignments as mentor teacher and department chair. She earned a PhD in human science: social and institutional change by creating and researching the RoundTable. Gabriele consults in schools, workplaces, and other learning communities. She lives near Los Angeles.