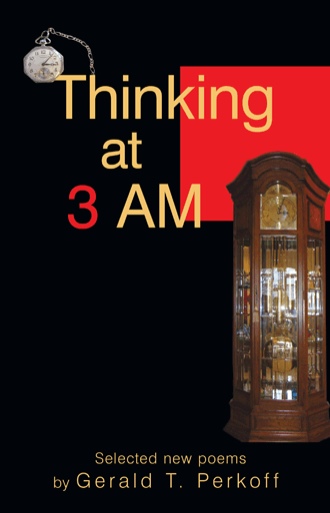 CHRYSALIS The old emerge slowly from sleep, like butterflies from their chrysalis, wings tentative, steps uncertain, not quite ready to fly. Does the butterfly ache, as I do, as he moves from darkness to light? Does he too begin his day in an envelope of silence, taking in the small sounds that come from nearby hills and restless waters? And when he escapes the earth and flies, does he remember his earlier fragility? Or does he do as the old dream of doing, fling caution to the winds and ride the updrafts of his all too brief time? OR YOU COULD USE THIS ONE IT’S THE BOOGIE! Oh, let the boogie roll out down and dirty, let me feel it in my bones and up my spine, let the keys tease me with “can you roll the barrel with Ammons and Johnson, Mary Lou and all the others who rode the boogie to the last of the low keys and played the highest of the right hand half steps?” How I wish I had felt free enough to roam the back-alley clubs and smelly dives where the heavy hitters split the night with a beat that shook the bricks and rattled the shots of whiskey they used to oil their joints with juice that hid the ratholes where the boogie rested between sets. It was a hard, gut-strung sound that jammed people from the four count to the eight-to-the-bar, it lived in the walls of their nights and lifted those who beat their feet and twisted their bellies to this hard-assed music, ‘til they arrived at a bright new place in an otherwise dirty and often rhythmless world. *** 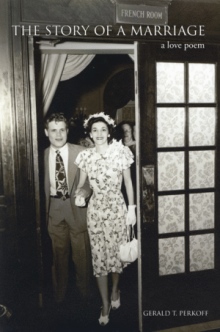 The Story of a Marriage
Gerald Perkoff
$11.95 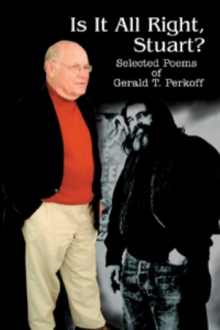 The house is quiet at 3 AM, no creaking, no sound except for the small bells that always ring in my ear. It is as though the house and kitchen and floor and chair are there only as a cocoon for my thinking. An old man’s thoughts do not lack consistency. As man for eons has seen himself the keeper, so do I still take on the role of provider and protector… The poems in Thinking at 3 AM are tender, poignant, and frank expressions of the emotions of aging and the last phases of life. They also deal with the continuing love of a long and successful marriage, with serious illness that led to a near-death experience, with commitment to family, children, and grandchildren, as well as with diverse topics that always seem to express themselves in a poet’s mind and pen. In contrast to the poems about aging, one long autobiographical poem describes the poet's childhood and young adulthood, and contains stories and incidents one hopes one’s heirs will know and remember. These poems reflect the author’s deepest feelings, remembering life, loss, and the glorious world that he lives in every day. There is a knowing that resides in each of them, inviting the reader along for the ride on the poet's life journey.

Gerald T. Perkoff, M.D. is Curators’ Professor Emeritus at the University of Missouri, is the author of two earlier books of poetry, and is editor of The Collected Poems of Stuart Z. Perkoff. He and his wife, Marion, have three children and five grandchildren and live in Columbia, Missouri