From Bottom to Top Tier in a Decade 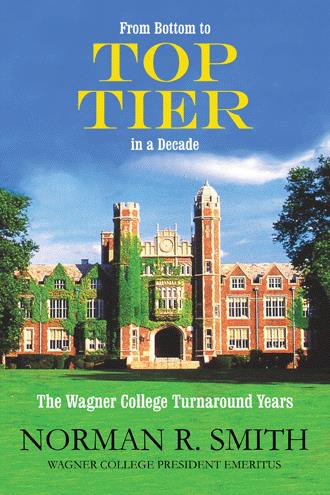 In 2002, my 14-year tenure as President of Wagner College in New York City ended on what I and, I am told, many others considered to be a very high note. Wagner College, at the time of my departure, had become a top-tier ranked institution that had just been named a College of the Year by TIME magazine. Enrollments were full to capacity with academically promising students. The Princeton Review had declared Wagner to be the most beautiful campus in American with the best musical theater program in undergraduate higher education. What a wonderful reversal in just a decade and a half. In the late 1980's, many (probably most) view Wagner to be on its death bed. The College had been under-enrolled for years. Admissions standards were fundamentally non-existent and most of the residence halls were empty. The campus was in dreadful disrepair. I first visited Wagner in September 1987 shortly after the search for a new Presdient had been publicly announced. I couldn't help but notice the sorry condition of the campus...litter, graffiti, overgrown folliage, etc...but I was also impressed. Here was one of the two highest vantage points on the entire eastern seaboard offering a breathtaking panorama that included the Manhattan skyline the Statue of Liberty, the New York Harbor, the Verazanno Bridge and the Atantic Ocean. How on Earth could a private, residential college within the city limits of New York City that was once a Cornelius Vanderbilt estate not be flourishing? My almost immediate judgment was that Wagner should long ago have established itself as New York City's version of what William and Amherst are to Massachusetts or Haverford and Swarthmore represent in Philadelphia. There was no other college in this powerhouse of a City that could claim the mantle. Even so, Wagner has failed to seize the opportunity. I concluded the opportunity remained for Wagner and I became a candidate for President. I was only 41 years old at the time, which would make me one of the youngest presidents in America. I had hoped my past experiences that included having served as an Assistant Dean of two Harvard University graduate schools, education and government, along with having earned a doctorate from Harvard, might help my candidacy. 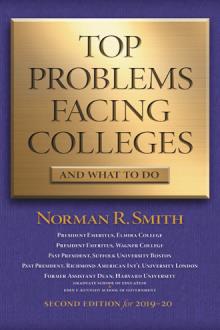 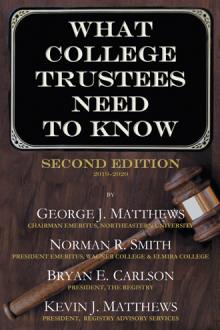 From Bottom to Top Tier in a Decade: Th e Wagner College Turnaround Years is a memoir recounting one of the most remarkable turnaround stories in American higher education, as recalled by the president who led a fourteen-year campaign bringing this fi nancially troubled, under-enrolled, bottom-ranked college from disrepair and impending closure to wide regard as one of the top small, residential private colleges in the east. By the time Norman Smith departed in 2002, the college was ranked top tier, was full to capacity, and was cited as one of America’s most beautiful college campuses. Located on a hilltop overlooking Manhattan that had once been Vanderbilt and Cunard estates, Wagner College should never have gotten into trouble. Th is recounting is not only an engaging human story of the many trustees, benefactors, faculty, and staff who were key to the turnaround, but also represents a case study template of what must happen for any college to survive and ultimately fl ourish in these competitive times for private higher education.

Dr. Norman Smith is the longest serving president of Wagner College in New York City and was the fi rst in its 125-year history to be designated President Emeritus upon his departure in 2002. His presidential years at Wagner College represent a most remarkable turn-around story and his leadership is widely credited with having saved the College’s very existence. After Wagner College, Smith moved to moved to London, England to become President of Richmond Th e American International University in London and is presently in Egypt where, as Founding Chancellor, he is overseeing the construction of a major American international university, Alamein, west of Alexandria on the Egyptian Mediterranean.. His 38-year career in higher education started at Drexel University, his undergraduate alma mater. He was also Executive Vice President of Moore College of Art, Vice President and Dean of Philadelphia University and Assistant Dean of the Harvard Graduate School of Education and of Harvard’s John F. Kennedy School of Government. He earned his doctorate at Harvard University. Smith is married to Dr. Susan Robinson, former President of New York City’s Snug Harbour Cultural Center. Th eir daughter, Caroline, attends Skidmore College in Saratoga Springs, New York.