A True Story of Heroism in the Face of Tragedy 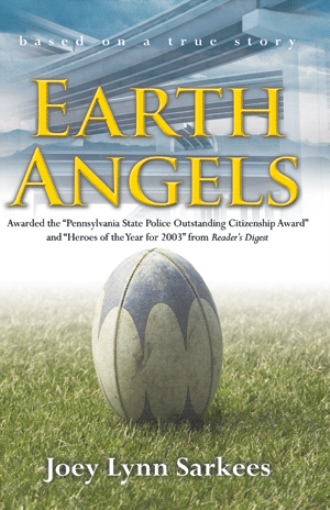 On April 5, 2003, the IUP Women’s Rugby Club left Indiana to begin their journey to a competitive rugby match. It was a typical Saturday, and they were expected at Shippensburg University for a 1 p.m. kickoff. The women were busy reflecting on Thursday afternoon’s practice, strategizing about the match versus Shippensburg and what they could expect from their opponent. A short distance into the trip, a heavy fog continued to plague the turnpike as the six cars carrying the team continued eastbound. Visibility was at a minimum and even headlights couldn’t improve the conditions. A few of the drivers became concerned. The women began to wonder if the fog would make them late for their match. Moments later, getting to the match on time became the least of their concerns.

Earth Angels is the true story of Molly Perchinski and sixteen of her Indiana University of Pennsylvania (IUP) Women’s Rugby Club teammates who risked their young lives to save countless others after witnessing one of the worst accidents in Pennsylvania Turnpike history. On a foggy April morning in 2003, the women were en route to a rugby match when they became involved in a fog-related accident.

They spent the next several hours aiding victims and helping medical personnel while in danger themselves. They operated as one unit while surrounded by burning vehicles, bleeding victims, and chaos. Their acts were selfless and brave. As a result, the women were honored by Reader’s Digest, the Pennsylvania State Police, and IUP. They were also highly recognized by local and national media.

This is also the tragic story of the Moyer family, who was traveling to their native state of Connecticut to visit family when they became involved in the fog-related accident. At its core, Earth Angels focuses on social evolution and a strong sense of empowerment by a group of young women who clearly displayed a strength that was generated from the bond they formed playing a team sport together.

Joey Sarkees began her writing career at Indiana University of Pennsylvania’s newspaper, The Penn. She has been published in USA Rugby Magazine. Joey has a deep passion for women’s rugby and has spent thirteen years on the rugby pitch. She lives near Philadelphia with her husband, two young sons, and their dog.