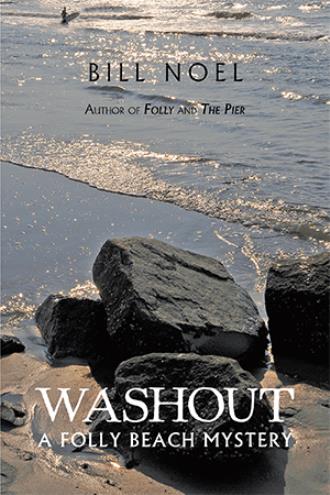 A routine trip to a friend’s hardware store starts Chris Landrum on a frightening adventure that includes messages printed in blood, cryptic notes cut from magazines, two needless murders, and near death for Chris and his two closest friends. After the police throw-up their hands in defeat, Chris and a cadre of his quirky friends take it upon themselves to save the former cat burglar turned hardware store owner’s life, but catch the murderer in the process. Chris’s friends include a charming, attractive waitress; a blustery, rude Realtor; and, an aging hippie, sentence-challenged surf shop owner. What better group to solve a murder! The small, bohemian barrier island, of Folly Beach, South Carolina, serves as the backdrop for the action. 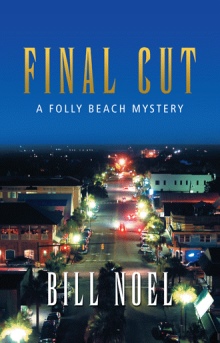 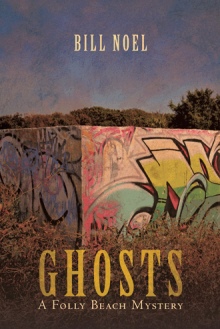 A routine trip to the local hardware store propels Chris Landrum into a world of revenge, hate, and murder—hardly the peaceful outcome he had planned for his retirement on the small island of Folly Beach, South Carolina. Chris learned during his first year of retirement that friendships are more important than surf, sand, and the beauty of Charleston and South Carolina’s Low Country. When his friend, Larry, a retired cat-burglar-turned-hardware-store-owner, appears to be the target of a brutal murderer, Chris and his other friend, Charles, work on catching the killer before Larry becomes his latest victim. The police throw up their hands in defeat as bloody and macabre warnings begin appearing in greater numbers than suspects with few leads. What do the cryptic, chilling notes mean? What has Larry, a model citizen of Folly Beach, done to deserve the wrath of the killer? Chris seeks the help of some of his quirky friends—a charming, attractive waitress; a blustery, rude realtor; and an aging sentence-challenged hippie who owns a surf shop—to wade through the increasing number of suspects to help catch a killer and save the Washout of his friend. Will friendship cost Chris his life?

Author of Folly and The Pier, part of the Folly Beach Mystery series, Bill Noel works as a university administrator and fine art photographer. He lives in Louisville, Kentucky, with his wife, Susan.