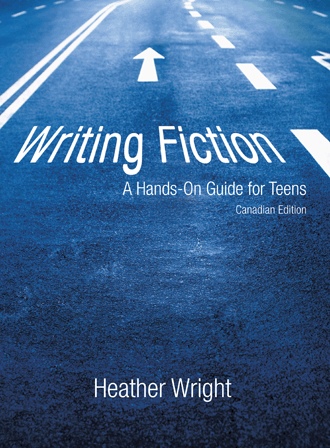 Stuck for a Story Idea? Suggestion #1 You’ve heard the advice many times. “Write what you know.” But, if you’re like me, when I heard that advice the first time, I thought, “Great, I can write about nothing—or at least nothing interesting.” I mean what kind of great novel was going to revolve around my ability at sixteen to pack a supermarket grocery bag, do homework, clean my room, listen to music with my friends, or sew my own clothes. So like I do with most advice that I don’t like, I ignored it—sort of. Because, I did sit down and write a list of what I did know. And it turned out to be a much longer list than I thought it would be. I knew what it was like to be the slowest runner in the class, to wear glasses to school for the first time, and to stand in front of a group and tremble my way through a speech. I also knew what it felt like to pass my driver’s test, have my tonsils out, and cook an edible Christmas dinner when my mom was sick. I suggest that you create a what-I-know list, too. Write down even the most insignificant things because you never know when they will come in handy in a story. Ever fallen off a bike? Sure. But have you done it while being chased by the police or a monster or an angry crowd? You know what it’s like to get up off the pavement, shaky and bleeding, and try to get back on the bike and ride home. Add those sensations of pain and the uncontrollable shakiness to the fear of the chase and you can write a great scene. As you write your list, think about the places you have visited: your aunt’s farm, your sister’s dorm room, the park, the mall. Think about the places that you know the sight, smell and sound of. Have you been to camp? Do you ski or paint or fish or play sports? Do you play an instrument or chess or card games? Can you cook a meal or pitch a tent, take great photos or dance? All of these places and experiences open doors to stories. Your list provides you with a series of settings in which to place characters and then give them lots of trouble. A city-bred teenager and his 6-year-old country cousin have to deliver a calf because the uncle’s truck has broken down on the way back from town. A campsite is washed out during a thunderstorm and the guide is knocked unconscious by a falling branch. Your character’s best friend steals a sweater from the mall. You know all the details about these locations and you know what it’s like to want to look cool in a situation in which you feel totally lost, to be frightened, or to have your friendship tested. A better way to phrase those famous words of advice might be, “Write what you know and then grow!” Take an experience you’ve had and play with it; stretch it into something fresh and exciting, combining memory and imagination. Write about what you want to know, too. I love medieval history, so I set a mystery for middle readers in England in the year 1214. I had great fun doing the research because I knew I could use it for my story. I’m sure Christopher Paolini has never flown or known a dragon, but he wrote Eragon anyway because he understood friendship and accepting challenges and being scared, and he made his dragons and the world they lived in just as real as all those things. “Write what you know” isn’t bad advice; it’s only a part of the package. Making a list and finding out that you really do know about a lot of things is a great first step. Adding imagination, emotions, and characters in conflict is the final step to creating your next great story. So, go ahead, make your list, and then write what you know—sort of. 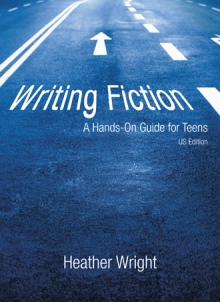 How do I begin my novel? How do I write convincing dialogue? Where can I get an idea for a story? How do I keep motivated?

If you’re a young writer, answers to these questions and more can be found in Writing Fiction: A Hands-On Guide for Teens. Written by a writer for writers, this book was created just for you by someone who believes in young writers and who also likes to have some fun along the way. Here’s a sample of what you’ll find inside.

• Stuck for a Story Idea?
• Who, What, Where, When
– Who: Your Characters
– What: Your Plot
– Where and When: Your Setting
• Ways to Start a Story with Character, Action or Setting
• Writing Description That Even You Will Want to Read
• Connecting With Other Writers

This book is a helpful and practical resource when you’re stuck on an aspect of writing or when you want to start a new project. Read a 4-star review of the book at Canadian Materials, Manitoba Library Association http://umanitoba.ca/outreach/cm/vol17/no5/writingfiction.html

Heather Wright is a teacher and writer living in Kitchener, Ontario, Canada. Her work can be found in local and national publications and on the Web. She is a member of the Professional Writers Association of Canada, CANSCAIP and SCBWI. Heather received a Writers’ Reserve grant from the Ontario Arts Council in 2010 for her Young Adult novel-in-progress.