Reaching Beyond the Religious 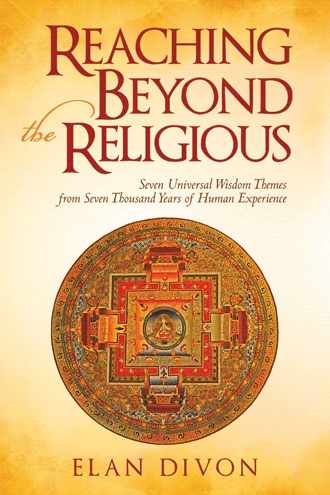 In a groundbreaking comparison between the Biblical and Hindu traditions, Reaching Beyond the Religious reveals a wisdom that transcends time, culture and creed, and which has the power to transform the way we think about religion in the 21st century.

Dispelling the idea that we can create our destinies by tapping into the power of our intentions, the book flips the paradigm on its head and challenges our basic assumptions about the world, God, and the human enterprise.

Weaving between mythology and reality, East and West, the book unearths seven universal wisdom themes from across the religious spectrum and maps these onto the complexities of modern day life. From Genesis, Job and the Hindu god, Shiva, to the dramatic Presidential campaigns of Hillary Clinton and Barack Obama; from the life stories of Biblical Patriarchs and Hindu icons to those of contemporary greats such as J.K. Rowling, Michael Jordan, and Warren Buffett, this is a book that charts the teachings of the past onto the present while exploring humankind’s most pressing and difficult questions. Supported by compelling examples taken from nature, pop culture, and religious text; prepare to be enlightened, entertained, and inspired by Reaching Beyond the Religious.

ELAN DIVON is a religious scholar and entrepreneur in the field of conflict resolution. He holds graduate degrees from the Harvard Divinity School and Brandeis University, and has further studied at McGill University and the University of London. He recently served as the executive director of Peace Camp Canada, a non-profit organization that promotes dialogue and cross-cultural understanding between Israeli and Palestinian teens. A native of Jerusalem, Israel, Divon spent much of his youth in countries such as India, Sri Lanka, Ethiopia, and Canada; experiences which sparked his interest in comparative religion and ancient wisdom traditions.

He currently resides in Toronto and is in the midst of writing his next book.