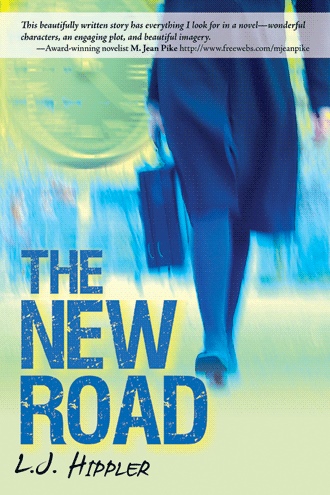 She still couldn’t find it. “Come on,” Michelle chided herself, “I really need that book.” She’d looked in the junk drawer, the tool drawer, and all the kitchen drawers. She’d scoured the kitchen cabinets, even looked behind those glassware cooking pots from her mother-in-law that she’d never used or intended to use. There was no reason her copy of Brown’s Treatise of Debate should be in with the pots and pans. There was no reason it should be in the kitchen at all. But she’d run out of places to look. Michelle strained to remember where she’d had it last. She could picture herself looking up something for the Koppers Brass case. She even remembered the words. She remembered turning down the corner of the page. . . It’s on the boat! The previous July she’d gone with Carlos on an overnighter to Talchester. I know that’s where it is. She pulled on her heavy, gray sweater and searched out the long flashlight from the hall closet. A peek into the living room confirmed that little Carlos was halfway into Shrek 2 and totally engrossed. In the garage, she was more than a little surprised to see that the boat keys were not on their hook by the electrical box. She’d received more than a few husbandly lectures about always putting them back where they belong. And it was only by accident that she spotted them on the work bench, behind the grinder. “Humph.” Outside on the pier, the March wind bit through her bulky knit sweater as if it weren’t there. She pulled it tight around her and braced the butt of the flashlight against her stomach with both hands. It felt odd and awkward, hopping down onto the deck of the sailboat at that time of the year, in the cold and the early evening dark. Michelle tucked the heavy flashlight under her left arm while she fumbled to find the key to the cabin door. She thought about how good it would feel to be back inside, snuggling on the couch with her son and a cup of green tea. Almost no light came in through the small, oblong windows at the top of the cabin. She left the child-sized cabin door open and the bitter wind whistled in behind her. She scanned with the flashlight across the floor. She felt along the cabin wall with her hand for the inset handle; and eventually she found the storage compartment. Pulling on the handle, Michelle blew out a sigh of relief. The flashlight beam illuminated the tattered brown cover of Brown’s Treatise, just where she’d left it. Carlos was adamant about leaving objects of any kind loose on the boat. Before and after each voyage he would religiously check to insure that even the smallest item was stowed. That’s why it stunned her when the light flashed across a white, canvas strap on the cabin floor. A nodule of dread formed in her gut. The nodule grew as she lifted the strap and the white, red and black bag it was attached to. Inside the bag she found a comb, deodorant, shampoo, everyday things, things you’d need for a day trip or a week end. They were a woman’s things. They weren’t her things.

Michelle Miller Ibanez, at thirty-one, is already a success by any measure. A respected Baltimore attorney, she has a handsome husband and a beautiful child. She is surrounded by family and friends who adore her. Life is sweet and only getting better—that is, until she’s handed House Bill 1664. In this bill are the plans for a massive highway interchange, the construction of which is certain to destroy the quality of life in the historic neighborhood that she and her husband, Carlos, call home. When she reluctantly agrees to lead a coalition to fight the project, she unleashes an avalanche of change that threatens to destroy her seemingly perfect life. The “new road” she embarks upon leads to danger, passion, deceit, and betrayal. Secrets are revealed that shake Michelle to her very core and cause her to question her most fundamental assumptions. She cannot foresee what her world will be like once the journey ends. She knows only one thing for certain—her life will never be the same.

L. J. Hippler lived, worked, and played in Baltimore for several decades. Currently, he lives and writes in Richland, Washington, but Charm City will always be a huge part of who he is. His debut novel, Cathedral Street, was also set in Baltimore.