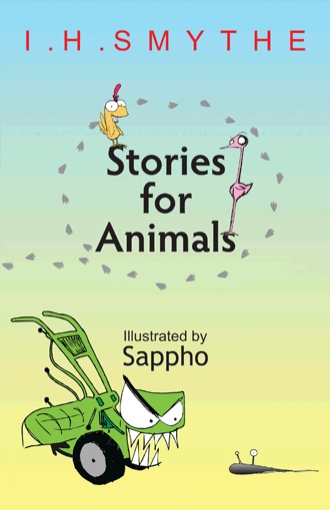 Mrs. Basset-Basset spit the apple out of her mouth and screamed, “You dolt! You know that a bird in the house brings bad luck – and a bee brings more visitors – which we most certainly do – not – need!” And sure enough, at that moment, the doorbell rang, and although King Harold tried to keep the visitors and the bad luck out, both overpowered him (typical) – and so entered a milkman, a postman, a paperboy, a trick-or-treater dressed as the admiral of the Spanish Armada, the admiral of the Spanish Armada, a group of carollers singing “I Saw Three (hundred) Ships,” a door-to-door missionary, a Mongol horde, and a Girl Guide troop selling Thanks-A-Lot cookies.

I’m sorry to report that it wasn’t long before the kings and queens of England began rifling through the postman’s letters and packages in search of loot for their treasuries, fencing with the paperboy’s rolled-up newspapers, and lobbing bottles of the milkman’s best Jersey cream vigorously at one another’s crowns. If you yourself have ever hurled a bottle of milk at, say, Her Majesty Queen Elizabeth II, you will know that it explodes rather spectacularly upon impact with her head, due to the hard and pointy bits found upon her tiara or crown – and exploding bottles of milk are just what please royal personages, as they are easily bored and there is nothing they like better than a sensational and entertaining display of just this sort. The trick-or-treater was also behaving badly, greedily stuffing boxes of Girl Guide cookies into his pillowcase – which wasn’t easy, as the admiral of the Spanish Armada was jabbing him in the backside with a large military fork and growling, “Imposter! Trick-or-traitor! You’re not fooling anyone you know!” The door-to-door missionary was peacefully distributing religious tracts, the carollers had changed their tune to the Dies Irae from Verdi’s Requiem, and the Mongol horde was going about its own business, conquering and pillaging and just generally having a grand day out. The Girl Guides were attempting to recover their cookies from those who had stolen them, including from the various kings and queens who were loading their own stashes of cookies onto catapults and launching them like bombs, which exploded with creamy rich fudge upon impact, their embossed “Thank You” message detonating in one of five languages. Worse still, the Girl Guides themselves were being stuffed into cannons and shot at competing royals, various Mongols, and especially at the door-to-door missionary. I don’t know if you’ve ever been hit with a Girl Guide, but it jolly well hurts as they seem to be all knees and elbows and achievement awards, and the general consensus was that bashing someone with a Girl Guide was going just too far.

It was then that things got ugly, and although you tell me that you see this sort of thing on the playground at school every day, still it wouldn’t be wise of me to put ideas into your head. You are still children after all, and children ought to be reading nursery rhymes, like Little Jack Horner who stuck in his thumb and pulled out a plum – not stories about the likes of King Henry I, who stuck in his thumb and pulled out an eyeball. Suffice to say that the battle raged with a fury never seen before in Mrs. Basset-Basset’s living room, and was equalled only by the fury that raged within Mrs. Basset-Basset herself. 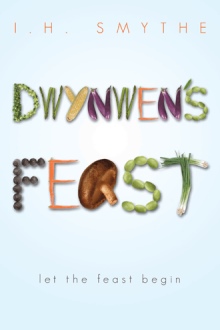 There are literally millions of books written about animals, but only two books written specifically for animals – and this is one of them.* Originally these stories were published on the wind as an olfactory collection for dogs, but when they soared to #1 on the bestseller lists, other creatures demanded versions for themselves. Thus they were published with vegetable based inks for the edification of rabbits and slugs; converted into a vigorous waggle dance for honeybees; transcribed into whale songs, bird calls, cricket chirps, and elephant trumpets; and, lastly, translated into cow pies for the satisfaction of dung beetles and houseflies. All of these animals enjoyed reading about phobic cats, skeptical basset hounds, heroic honeybees, tree-hugging slugs, and megalomaniacal mollusks – but now, at long last, Stories for Animals is available to animals of all species – including yours.

* The other is Poetry for Animals, available at fine bookstores and from woodland creatures everywhere.

I. H. SMYTHE (BMus, BA, MA) is a playwright, musician, humorist, and author of three books including Poetry for Animals and Dwynwen’s Feast. She currently lives in Calgary, Canada.

Visit I. H. Smythe at www.ihsmythe.ca.