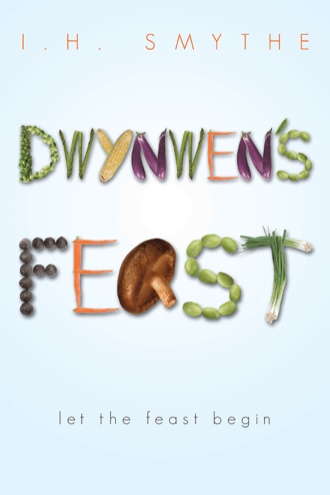 Aren’t you sweet! Oh how gratifying it is to know that you’ve not lost interest in your beloved Oliver after all, and that the postbag continues to be stuffed with letters begging me to clarify, once and for all, the reason why I refused to accept the prestigious International Restaurant Critic of the Year Award. Apparently my copious op-ed pieces and letters to the editor have not been sufficient; like an enticing array of hors d’oeuvres and canapés, they have served only to whet the appetite, but not to satisfy it. Fair enough. It is for you, then, that I have assembled the following pages, though interestingly the project was initially suggested to me by my children — three boys and a girl known privately to me and my wife as L.T.C. 1, 2, 3, and 4 (L.T.C. being an abbreviation for “Long Term Consequence”). I expect their motives are less noble than yours, however, and that far from desiring greater understanding of the situation, they think a literary project might simply deflect my attention away from them (I have, on occasion, been accused of tyranny); and so I am indulging them — and you, Faithful Reader.

This book is a mystery, both in the general sense that all books are mysterious — the visible (brain) made invisible (thought) and then visible once again (book) — and in the specific sense that there is a mystery (indeed, more than one) embedded in the pages of this tome; though I ought immediately to add that by “mystery” I do not mean a body in the trunk of a Renault, or Colonel Mustard holding a revolver in the conservatory, or ectoplasm on the carpet (and, with four children, who would believe the old ectoplasm ruse anyway), or something impossibly grandiose as sometimes happens in novels, such as the revelation that I am, let’s say, a direct descendant of Jesus Christ himself. I probably am a descendant, mind you, as are most of us after 2000 years of interbreeding, but that is not our focus here. By “mystery” I mean to suggest concealed motives, suspenseful situations, and terrible secrets, all of which I have chosen to reveal through the selective use of primary sources: unedited music and restaurant reviews, letters, emails, and even the transcripts of actual dreams. I have faithfully reproduced my own and also those of Mr. Rafe Wilde, the other protagonist in the unfolding drama. Lucky for us Mr. Wilde doesn’t read books and assumes that nobody else does either, which is surely the only reason he has allowed me to reprint his letters, emails, and that one ultra-embarrassing music review. Or was it because he was utterly blitzed (how well I know his weakness for ouzo) that he let me download everything from his laptop and use it for my own literary purposes? Hmm. Come to think of it, I’m not sure now that it didn’t just slip my mind to mention this little project to him — but, no matter. Let’s keep it between ourselves, Trusted Reader, and Mr. Wilde and his lawyers need be of no concern to us.

You ought also to know that there are clues to said mysteries scattered liberally throughout this book, though understand that by “clue” I do not mean hints delivered in code or cipher. Please do not feed my every sentence into an anagram generator, nor hold each page over a candle to reveal the secret message scrawled in lemon juice, nor imagine that when I say, as I do, “The bean salad was ravishing!” that by “bean salad” I actually mean, say, “mistress”. Do not read the text reflected in a mirror in order to determine if the butler did it (did what? I’ve already told you not to look for a body in the Renault, besides which I’ve sold it now — the Renault, not the body). By “clue” I mean a subtle suggestion that leads to greater understanding, that’s all — and ultimately what you must understand is this: that not even a restaurant critic can have his cake and eat it too.

Ah, I see the lunchtime crowd is arriving even as I write this (my very own B.L.T. sandwiches — Beauty, Liberty, Truth — are on the menu today), thus I take my leave. (It still feels strange to be writing in this kitchen, mind you, especially with Mr. Wilde’s face painted all over the walls, although the opportunity to give him a ketchup mustache whenever the spirit moves more than makes up for the imposition.) 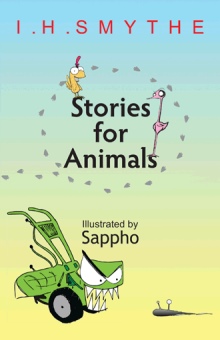 Let the feast begin! Oliver Black is a restaurant critic and exuberantly moral family man. Father to an eight-year-old vegan warrior princess with her own animal rescue service, and three hulking teenage boys whose purpose in life is to convert bananas into testosterone, Oliver has his hands full.

Oliver’s wife, Lucy, is an ambitious artist with a secret, although given that Oliver corresponds regularly with a blackmailer while his brother constantly runs from the police, it would seem that Lucy is not the only one with a clandestine life. It is Oliver who first introduces us to Rafe Wilde, a music critic and playboy manqué who boasts big secrets and even bigger troubles. When Rafe’s current and former girlfriends both refuse to sleep with him and he is forced to endure Oliver’s relentless criticism of his taste in music and women, Rafe is driven to distraction. But when his irritation turns into hostility and his hostility turns into hatred, Rafe becomes hell-bent on revenge.

I. H. SMYTHE (BMus, BA, MA) is a playwright, musician, humorist, and author of three books, including Stories for Animals and Poetry for Animals. She currently lives in Calgary, Canada.