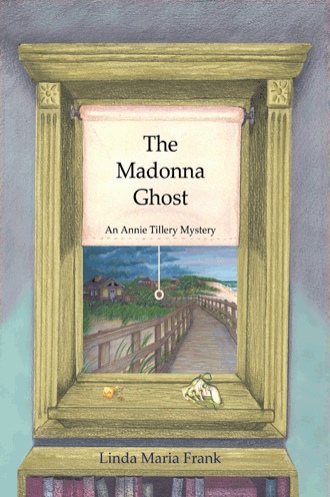 "I've seen her," Ty said quietly. "And I know someone on the Island who's seen her also." At first, I thought, who? Seen who? As the light dawned, I looked up at him feeling a thrill of excitement. "You're kidding. This is a joke, right?" I could see by his face that it wasn't a joke. "No joke. But, if you don't believe me, we'll just skip it, okay. I don't talk about it with Doc. He thinks it's crazy stuff." "Could I see the ghost?" I felt silly saying this, but when I looked up at Ty again, the thrill of excitement quivered once more. "Tomorrow night, "He looked at me with a gleam of anticipation in his eyes. "The next couple of nights might be the time to watch for her. There's no moon." Tomorrow night, then," I felt a chill as a cottony cloud passed in front of the sun. The sky brightened as suddenly as it had dimmed. Our plans to find the Madonna ghost tomorrow night gave me a sense of closeness with Ty. I liked the feeling. I wanted to touch him in some way, to hold his hand. or lean on his muscular brown arm. The feeling was so intense, that I looked around to see if anyone else in the boat could see the waves of energy pulsating from me to Ty. At that moment Ty turned to me, not smiling, just looking at me. I didn't know what the look said exactly, but I felt even more drawn to him. "Time to drop the sails, Ty." called Doc. The mood shattered like ice in a wind storm. Ty was up on deck in a jiffy. Soon the sails were down and stowed. While I had been lost in my daydreams, we had arrived back in the marina. Doc and Ty secured the boat, while J and I gathered our gear to return to Windalee. By the time we walked back to the house, it was dark. The beach grass rustled mysterious whispers in the cool breeze, while crickets chirped with all their might. 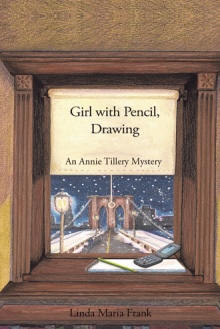 Seventeen-year-old Annie Tillery and her Aunt Jill set off for Long Island’s Fire Island for a vacation of surf, sun, and sailing. Annie is happy to leave behind the stress of her relationship with her parents. Aunt Jill, who is an NYPD detective, is mixing her vacation with a case she must keep secret from Annie, who is suspicious nevertheless. Annie finds romance and intrigue when she meets Ty Egan, the nephew of their host on the island. They find themselves in the middle of an eerie adventure when she and Ty investigate the tragic and perplexing story of a local ghost.

Annie becomes increasingly uneasy and the investigation turns sinister when Aunt Jill goes missing, the ghost appears, and the troublesome neighbors in the cottage next door become hostile. When they find one of Aunt Jill’s special earrings on the neighbor’s porch, they begin to wonder what she was doing there. Will they find Aunt Jill before it’s too late? In the breathless conclusion to their investigation, Annie and Ty narrowly escape death solving the mystery of The Madonna Ghost.

Linda Maria Frank had a lifelong career teaching science in high school and university. She took the case studies she created for the students in her forensic science classes and turned them into mysteries for young readers. She has lived in New York City and currently resides on Long Island.