Every Child Needs an Angel 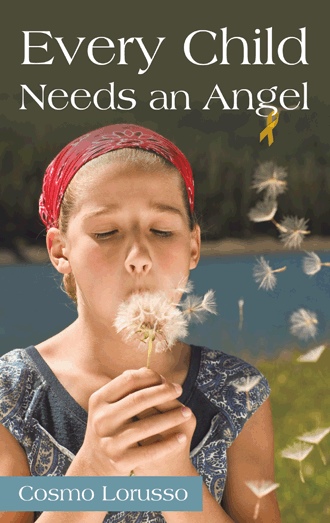 Doug Sheriff awoke with a shiver. “Holy smokes! What a dream,” he said aloud to himself. He reached for his wife Linda. Her place in their bed was empty. He called out to his daughter: “Nicole!” He waited. “Nicole,” he said again, but his voice faded when there was no reply. His eyes began to well with tears as he fell back into his pillow. The exhaustion caused by the emotion of the past forty-eight hours had allowed him to sleep deeply without dreams. But now in the daylight, reality was coming back with a vengeance. It wasn’t a dream, he realized. It was a nightmare. He remembered a time when he and Nicole sat in the basement and watched the Saint Jude’s telethon on TV. Nicole was moved by the stories of sick children and their battles with deadly diseases. “Daddy, we have to donate money to help those children and their families,” she would say. And they did donate. It was a good cause. Silently, Doug thanked God for his healthy little girl – his and Linda’s only child. He couldn’t imagine living through the hell those families on the screen were going through. There was a comfort in sending in those donations. Send off the money and keep those stories away. Turn off the television and all those problems were gone. But not anymore. Life changed for Doug Sheriff and his family a little bit before 9 o’clock in the morning on April 22, 2002 when his secretary came into the gymnasium of Saucon Valley High School where Doug was the athletic director. She told him Dr. Norelli had just called and he wanted Doug to call him back immediately. Doug rushed back to his office, a knot in his stomach and a prayer in his head. He got Dr. Norelli on the line and identified himself. Dr. Norelli’s words shattered Doug’s world. “Doug, I don’t know how to tell you this,” he started, “but Nicole has cancer.”

Sporting the number thirty-four on her jersey, Nicole Sheriff is a natural athlete who excels at every sport she tries; she especially loves basketball, softball, and field hockey. During her seventh-grade year at Northampton Middle School, she feels an ongoing, severe pain in her back. Doctors find a mass the size of a softball on her spine and determine that she suffers from Stage 4 Ewing sarcoma, an aggressive form of cancer with a 30 percent survival rate. Nicole and her parents understand the disease is going to consume a lot of their time, energy, and thoughts. Not one to give up or wallow in self-pity, Nicole knows this will be a battle for her life—no different, really, than an athletic contest. As an athlete, she is prepared to go down swinging; she will never give up. Based on a true story, Every Child Needs an Angel narrates Nicole’s battle with cancer, her reliance on faith, and her mission to help others and to make a difference. It recounts the unwavering support from friends, neighbors, co-workers, medical staff, and coaches—those who became angels to Nicole in her time of need.

Cosmo Lorusso is the author of a series of books designed to help improve student writing. He has a master’s degree in writing from Northeastern University. He is an English teacher and the head football coach at Roxbury High School in New Jersey. Lorusso and his wife have four daughters.