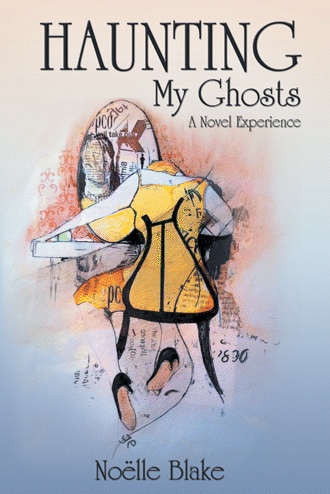 had started exercising at home since, as a member of the fairer sex, it was very evident that I lacked the ability to ‘glow’ while I worked out. Not for me were the light dustings of diamond like glinting beads of sweat across my even facial complexion. I’m afraid no.
The all too familiar scene that greeted me then and now involved being severely flushed about the cheeks, while the tense skin across my forehead was taught, devoid of both wrinkles and no doubt life giving blood! Then there was the sweat, which didn’t seem to increase at a steady pace throughout the workout session but just suddenly appeared. As if someone had paused time on earth's dimension, doused me with water, then resumed time leaving everyone else un-affected. One second I was dry; then I was drenched. Big rings of sweat appearing under my armpits like the latest in designer oversized handbags. My very own ‘eewh’ collection!

The sweat didn’t stop there though, oh no, it would create perfect half moons under my strategically strapped down bosom’s, with the even more embarrassing linear rise of sweat development originating from the crack of my bum and straight up my back. I knew I was a disaster area at this point already, but the image was further exacerbated by the sound of my disorganised heavy panting which was interspersed with the extremely undignified 'back wheeze', as I struggled to catch a breath. I was totally committed to running relent-lessly through my own dizziness, but I still had my pride. I was pretty sure it would constitute a criminal offence to inflict that level of abuse on the senses of the unsuspecting paying public. Hence, I worked out in solitude.

It was fine really since it had meant a valid excuse to spend some of the money I had recently acquired. Exercising alone meant my motivation would not be born out of keeping up with those around me, but out of the single minded determination to achieve the same body as the photo I had cut from a local magazine and stuck in the corner of the mirror. This picture was not of a celebrity, or a supermodel of the uber svelte variety, nor was it a random snapshot of a perfectly shaped anonymous. It was the most recent picture I had to date of Melissa Marchant, once upon a time my best friend at school. Now she was the local success story and all round do-gooder in the town that I had recently returned to.

Shelby Rivers only has a few months of secondary school left when, along with a group of friends, she narrowly escapes with her life after a terrifying car accident, thanks to the kindness of a complete stranger. As she recovers, Shelby realizes her friends are no friends at all. Years later, she feels compelled to carry out a meticulously crafted plan to exact her revenge, in an attempt to wipe away the painful memories.

When Shelby returns to her hometown after a considerable absence, she finds that although the landscape has changed, her feelings have not. After gathering information on her so-called friends with the sole purpose of ruining their lives, Shelby is quickly sobered when she realizes that she too has been the focus of someone else’s attentions, and this person has pieced together her catalogue of deceit. Once Shelby puts her vengeful plan into motion, there is no one left to catch her fall—except, once again, a complete stranger.

In this engaging tale, deception envelops a dysfunctional quest for absolution as a woman faces the demons from her past once and for all.

Noëlle Blake currently works full-time for a local authority in England and has encountered a variety of amazing people from different backgrounds over the course of her career. She has earned qualifications in psychology, child development, project management, and managing diversity. This is her debut novel. Visit her online at www.noelleblake.com.