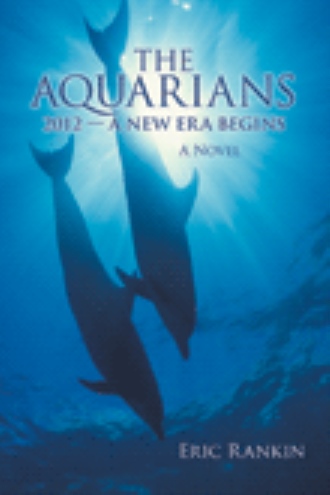 According to the ancient Mayan calendar, time as we know it will stop on December 21st, 2012. But what does this actually mean? Rebecca Larson, senior dolphin behaviorist at SeaWorld, San Diego, has a theory. She believes that the cooperative way dolphins live is the very reason they have thrived on earth for millions of years. What's more, she sees the end of the Mayan calendar as a moment when humans may truly begin to integrate these same peaceful behaviors.

Dr. Troy Wallace, a pioneer in the study of dolphin echolocation, is convinced that he is on the verge of an incredible scientific breakthrough. Recent research suggests that dolphins may send three-dimensional sonograms to each other, and Dr. Wallace hopes to be the first to decode and view these images.

As handsome as he is shallow, Southern California television celebrity Ryan Ericson finds himself on a path that intersects with the lives of Dr. Wallace and Rebecca. Together, they are thrust into a mystery of coincidence and discovery connecting the Mayan calendar end-date, dolphins and the very fate of humanity.

“If you’ve enjoyed such spiritually uplifting adventures as The Celestine Prophecy, The Alchemist, and The Way of the Peaceful Warrior, you are sure to love The Aquarians. I can’t imagine a more timely or enlightening novel.”—Dr. Jim Turrell, Founder of the Center for Spiritual Discovery

Eric Rankin has traveled the world studying and swimming with dolphins, both wild and tame. Rankin lives in Southern California with his wife, Elena, and son, Ryan.