Dog Boy and Other Harrowing Tales 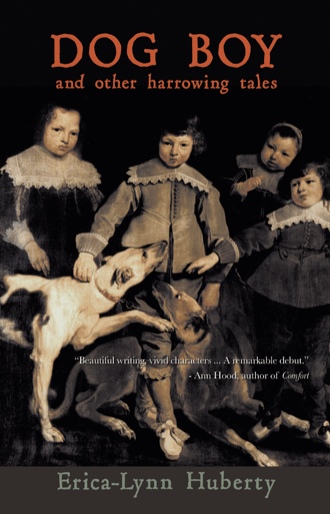 *NOTE: will send in a separate file.

Haunting, varied, and superbly written, Dog Boy and Other Harrowing Tales is a collection of stories immersed in the Gothic tradition yet told in a modern and inventive way. At the end of the First World War, a group of friends gather at a former Robber Baron estate on Eastern Long Island, only to learn the house holds a monstrous secret. In a Montana prison in 1988, a new dog training program goes awry with horrifying results. A Parisian cemetery in the mid-20th century is home to the ghosts of two centuries of poets, artists, and composers, the specters of a homeless woman’s past, and the jolting reality of the modern world. Knitting together the ordinary, the extraordinary, and the supernatural, Dog Boy and Other Harrowing Tales is a boldly imagined literary work by a masterful new storyteller.


“At a time when most authors of contemporary literature seem obsessed with humor and shying away from documenting the painful aspects of our existence, Erica-Lynn Huberty [has written] a book of stories whose immediate goal is not to entertain or humor us, but to liberate us from this desire…” —Mohammed Naseehu Ali, author of The Prophet of Zongo Street


“… a distinctly American investigation of the emotional corners into which people retreat to pass their lives…” —Hilary Thayer Hamann, author of Anthropology of an American Girl


"In Dog Boy and Other Harrowing Tales, Erica-Lynn Huberty reminds us what fiction is all about: beautiful writing, vivid characters, and an imagination that truly soars. A remarkable debut.” —Ann Hood, author of The Knitting Circle and Comfort

Erica-Lynn Huberty graduated from New York University and holds an M.A. in literature and visual arts from Bennington College. Her fiction, poetry, and essays have been anthologized in over seven collections including Garrison Keillor: Good Poems. Her articles have appeared in The Washington Post and The New York Times. She is represented by William Morris Endeavor literary agency, NY.