A Wandering Mind in a City Eternal 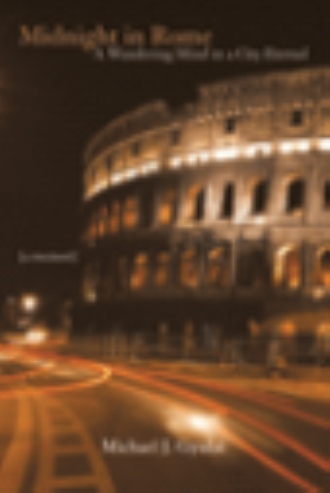 Midnight in Rome | Book Trailer from Mike Gyulai on Vimeo.

Recent college graduate Michael Gyulai relocates across the Atlantic with one desire—to satisfy a lifelong infatuation with Rome. But Michael’s naïve perception of the beautiful city and its people begins to wane after he lands a job behind the bar of an ultra-modern nightclub in the historic Campo de’ Fiori.

As the club’s mischievous staff sweeps him into their world of after-hours Rome, Michael is suddenly exposed to a reckless atmosphere comprised of drug dealings on the banks of the Tiber and robberies in ancient piazzas. When all hope seems lost, Michael meets Skye, a striking Icelandic foreigner. Through their relationship, he explores the intimate intricacies of the human condition, exposes fate’s irrationality, and fights against the language barriers that keep them apart.

In the midst of colorful back alleyways, timeless cobblestone, and world-famous monuments, Michael shares his improbable adventures in one of the world’s most recognized and venerated cities.

"Gyulai has the enviable quality of finding the exact adjective to describe any given sensation, thought or observation. Midnight in Rome replenishes the Roman soul from the smog, noise and clutter … and will have you looking at this beautiful city with restored adoration."
—THE ROMAN FORUM BOOK REVIEW

Michael Gyulai was born in San Francisco, California. After graduating with honors from UCLA in 2004, he relocated to Rome, Italy, where for more than two years, he worked as a bartender and writer while adopting the Italian language and culture. Gyulai is currently a Publicity Coordinator for an entertainment PR firm in Los Angeles. To learn more, visit www.midnightinrome.com and www.midnightinrome.com/blog.