Making News in the Digital Era 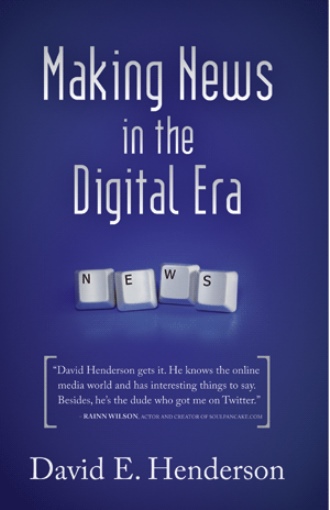 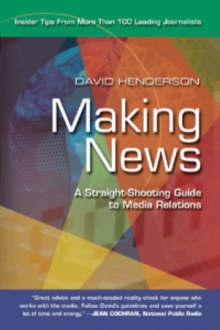 Media strategist and award-winning journalist David E. Henderson reveals how to navigate today’s complex and evolving traditional and online media environments. As new and not-so-new ways of communication collide, it is imperative to maximize an organization’s voice and awareness, all with the intent to better connect with audiences.

The online democratization of mass communications is redefining how people connect, businesses work, and governments run. It’s a new world business matrix and model. Organizations of all sizes can simply bypass mainstream media to communicate their news, in the way they choose directly to their audience. In the Internet era, the status quo is no longer in the scramble for competitive leadership. It is an ever-changing landscape that can adapt to the needs of the marketplace and the audience instantaneously.

For top executives, leaders, communications professionals and managers, Making News in the Digital Era makes sense of the merging old and new media, and delivers practical ways to communicate in our competitive world.

“David Henderson gets it. He knows the online media world and has interesting things to say. Besides, he's the dude who got me on Twitter.” – Rainn Wilson, actor and creator of SoulPancake.com.

“Among the attributes of leadership, the ability to communicate clearly has never been more important than it is today. If you want to become a more effective communicator, David Henderson has the experience and the skills to help.” – Dan Rather, renowned news anchor and journalist.

“The ideal team to improve an organization’s communications would have a seasoned network newsman, a successful PR executive, someone with experience in the mainstream media and someone else with expertise in the digital revolution. That ‘team’ is David Henderson. No one can help you make news in the digital era like he can.” – Greg Dobbs, veteran ABC News and HDNet television news correspondent.

“I’m a huge David Henderson fan because he is a success both as an award-winning journalist and as a media-relations pro responsible for stunning successes in generating massive media attention. Making News in the Digital Era is important because you’ll learn from someone who knows both sides. Forget the self-proclaimed gurus and pretenders, Henderson is the real deal.” – David Meerman Scott, bestselling author of The New Rules of Marketing & PR and World Wide Rave.

David E. Henderson is an accomplished author, veteran communications strategist, Washington-based consultant, speaker and award-winning former CBS News correspondent. He is owner of News Group Net LLC, specializing in online crisis management, issues advocacy and brand journalism. The firm is based in Washington, DC, with European representation in the U.K. He lives near Washington, D.C. and is online at www.DavidHenderson.com.