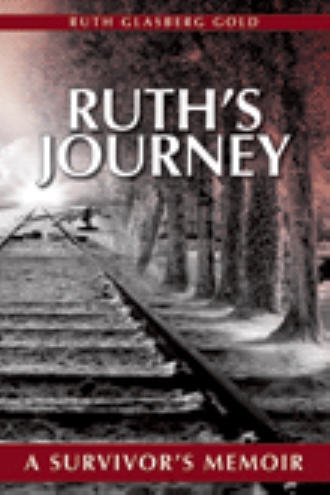 "On March 6,1944, about two thousand orphans were rescued from Romanian concentration camps in Transnistria-Ukraine. I was one of them. "So begins Ruth Gold's memoir, a story that illuminates and transcends survival. In1941, eleven-year-old Ruth had become a helpless witness to the agonizing death of her father, thenof her only brother, and finally of her mother--allwithin three weeks. They perished in Bershad, the largest and most infamous of more than 100 concentration camps in Transnistria. Following her rescue, Ruth's journey took her to Cyprus, Israel, Colombia, the United States, and finally back to visit her hometown Czernowitz, and the camp at Bershad. Combining historical events with an intensely personal narrative of her life before, during, and after the Holocaust, Ruth Gold has created a memorial to the Jews of Transnistria. Moreover, the courageous spirit of her life, despite ther shattering psychological and physical traumas, conveys a message to those who contemplate meaning in the Holocaust.

"A dramatic journey from a nightmarish childhood in a Romanian concentration camp to the adult's painful fight for a meaningful existence. An impressive document of human resilience, a luminous portrait of a never embittered survivor, gifted with an exact

"Honest and brave. A monument to the dead of Transnistria, to a black mark in history and to an enduring spirit."-- Miami Herald

Ruth Gold proves that the heart broken into a thousand pieces can be broken yet more....Read this book: it is filled with the stubborn light of the(barely describable)truth.--Andrei Codrescu, author of The Blood Countess

Ruth Glasberg Gold was born in Bukovina, Romania (now Ukraine) and deported at eleven to a concentration camp in Transnistria where her parents and only brother perished. After the war she joined a Zionist youth commune, and escaped from communist Romania on a freighter, shipwrecked off a Greek Island. Rescued by the British, she was taken to a detention camp on Cyprus. A year later she was freed. With her commune, she helped create a new kibbutz in the Judean Hills near Jerusalem, and later entered Jerusalem’s Hadassah Nursing School, graduating as an RN. In 1954 Ruth became head-nurse at Elisha Hospital, then supervisor at Rambam Hospital, both in Haifa. In 1958 she married and relocated to Bogota, Colombia, where her son and daughter were born. In 1972 the family emigrated to Miami. She was widowed in 1982. Ruth was a participant in The International Study of Organized Persecution of Children; co-founded WIZO (Women’s International Organization) in the USA, founded the first Child Survivors of the Holocaust support group in Florida, and is a frequent speaker on the Holocaust. She is a freelance interpreter in seven languages. On January 27, 2009 Ruth was a guest speaker at the United Nations’ International Day of Commemoration of the Holocaust. Ruth’s Journey: A Survivor’s Memoir, is her first book. In 2000 it was translated into Hebrew and published in Israel by the Holocaust Martyr’s and Heroes” Remembrance Authority. In 2003 the book was published in Romania by Editura Hasefer and in 2008 in Spanish by Editorial Font in Mexico. The German translation was published in 2009 by Edition Steinbauer GmbH in Vienna.