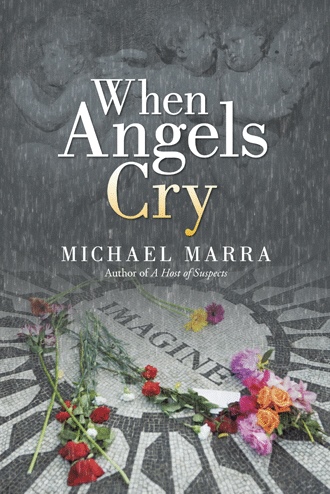 Father Murphy had beren hearing confession at Saint Rosalie's church for twenty six years. The neighborhood in Brooklyn New York was a violent crime filled section and he had heard it all. When an organized crime figure was disposed of the service for that individual was held at Saint Rosalie's. The things he had heard over the years would make a lesser man run and hide forever in regard to the brutality that one would inflict upon another.
When a person would unburden their soul and confess their sins to a priest in the Sacrament of Penance, a very sacred trust is formed. There are so often difficult cases of conscience to deal with; a priest or any man of virtue is put to a rather trying test. The police had questioned Father Murphy often but the sanctity of the confessional coulde not be revealed under any circumstances. Over the years he had granted absolution for robbery, adultery and many heinous crimes. Often times he would read in the newspapers or hear on the streets of someones apprehension and confession to the authorities. He was not prepared for the next revelation he was about to hear. Anthony Vanatta was a huge man that stood at six feet five inches and easily weighed well over three hundred pounds.
"Bless me Father for I have sinned", began the traditional preface to what was about to unfold. "My name is Anthony Vanatta and I've done a terrible thing." After a brief pause the big man went on to confess how he had killed an entire family the night before. A husband, wife and three children were all executed by him. Father Murphy had read about the crime boss John Morello, his wife and children being slain in the morning newspaper. Morello was the fifty six year old boss of a well known crime family alleged to have ordered multiple murders over many years of reign that involved torture and mutilation.
"Is it your intention to repent for these sins you have committed?" Father Murphy asked. As such a brutal revelation would turn any mans stomach he was bound by the secrecy of confession as it is absolute.
"Yes Father, I can not tell you how terrible I feel about what I have done. I will do whatever is nesessary to repent." Anthony Vanetta who just confessed to multiple homicides knew that he was protected by law through the priest-penitent privilege which recognizes confidential communication. If it is a Sacramental Confession then confidentiality would be absolute. This was the ruling from the Archdiocese. As a priest Father Murphy was helpless in as far as justice for this crime being carried out. However, the man in him felt differently. The loss of Johnny "The Chin" Morello would be gretted with cheers from some of the community as well as fear and grief from others. When the murderer Anthony Vanetta left the confessional Father Murphy needed a break to collect his thoughts. He went to his rectory but would have to return soon to hear other confessions. In the interim he had young Father Ruggerio hear some confessions although it was Father Murphy that the parishioners preferred to speak with. When he returned he readied himself for his next confession.
"Bless me Father for I have sinned", the man began. He went on to confess to the murders of John Morello and his family. Father Murphy was stunned as it was not the voice of Anthony Vanatta who had just confessed to the same crime. Was this man an accomplice? He could do nothing but listen and ask if the man had been in the confessional earlier. there was a long pause and a clicking of some kind that the priest could not recognize. Did someone know that Anthony Vanatta was there earlier and it was a bomb meant to remove any knowledge that father Murphy had of the crime? 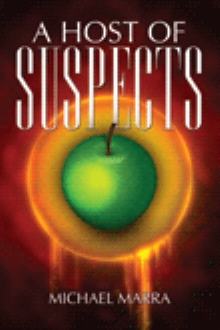 Exploring right and wrong and good and evil on the mean streets of New York City, author Michael Marra presents a second collection of twelve short stories in When Angels Cry

Drawn from Marra’s experiences growing up in New York City, the narratives illustrate that there is redemption among all of life’s murder, corruption, betrayal, passion, and greed. In the selection “More Than a Cloud,” the family of a former boxer waits expectantly to hear the outcome of his liver transplant. In “The Confession,” Father Murphy has heard everything during confessions throughout his twenty-six years at Saint Rosalie’s Church in a crime-filled area in Brooklyn—until two men separately confess to the same brutal murder of a family of five. In “The Piano Man” the Nassau County Police Department investigates the murders of young women who’ve been garroted with piano wire.

When Angels Cry provides insight into life’s stark realities, but also shows there are bright spots in the darkness among us.

Michael Marra grew up on the streets of New York with a family who had served many years in the police department. He currently lives in Colorado Springs, Colorado. This is his second book.