The Joy of Laughter

My Life as a Comedy Writer 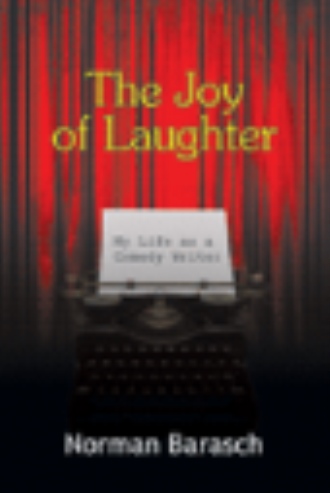 In this memoir, rich with humor, a comedy writer guides us on his personal journey from the impoverished depths of the Great Depression to the top of his profession. Despite the ups and downs, the joys and sorrows, he helped produce laugh lines for performers from the gagster, Henny Youngman, to sketch writing for the brilliant comedienne, Carol Burnett. He also wrote for the Benson and Rhoda television series as well as numerous weekly variety shows and sitcoms, featuring such stars as Danny Kaye, Dom DeLuise, Fred Allen, Herb Shriner, Alan King, Nathan Lane, and countless others.

As a Playwright, he wrote Broadway-produced plays in collaboration with his long-time partner, the late Carroll B. Moore, Jr. One such play, Send Me No Flowers, became a hit movie, starring Rock Hudson and Doris Day. He later wrote the bittersweet off-Broadway comedy Standing By, as a tribute to the courage of his daughter, Emily, in her battle against a serious disease. The Joy of Laughter also provides an intimate peek into some of the more hilarious behind-the-scenes professional and personal shenanigans of the Broadway/Hollywood/Beverly Hills show business community.

Norman Barasch lives in a Greenwich, Connecticut townhouse. Over the course of his long and successful career, Barasch received three Emmy nominations, and was the winner of the prestigious Writers Guild of America award for excellence in the field of variety comedy. He continues to write, but has no other known vices, except for an addiction to Edy's Butter Pecan Ice Cream.