If We Must Dance, Then I Will Lead

A Memoir of Breast Cancer Survival 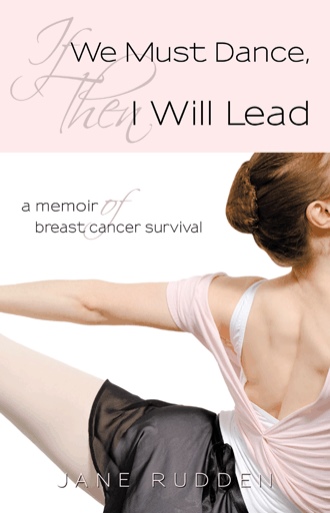 Chapter One: We Interrupt This Life for Cancer: Discovery and Diagnosis It was midnight on the east coast when the phone rang. “They’ve got the wrong girl!” It was Kate calling, my younger sister, the public defender. To say Kate revels in finding justice for the common man would be a gross understatement. She once returned a ten-year old skillet to a store for a refund because it was warped on the bottom and the grease puddled at the edges. The manager told her the store didn’t carry that skillet any longer but would gladly exchange it for a different model. Kate said, if that’s what he wanted, she’d take the new model, leave the store and come back in and ask for her money back. Now, her days are spent in a courtroom negotiating jail time for felons. Her evenings are spent negotiating homework time, jail of a sort, with her teenage son. “Oh, Kate, you’re too much,” I mumbled in cottony sleep. I guess you talked with Christine and heard the news. I’m still reeling from the shock. “Well, I told myself this was a good enough reason to call so late. You sound sleepy.” “It’s midnight here, Kate.” The stove nightlight cast shadows on the kitchen wall as I reviewed the pathology with her and gave her some idea of what was next on the docket. Kate is the poster child for organization and generosity. She wasted no time with preliminaries. “I’ll get with Christine and we’ll figure out a travel schedule so somebody’s with you for surgery and chemo. I can be there as soon as school is out.” She further volunteered to get the word to the St. Louis family contingent, and tell Patti, too, my younger sister who lives on the west coast and keeps in sporadic touch with family. There are eleven siblings in my family, seven girls and four boys. Most of them are still in the Midwest, and four of us have roamed to the east and west coasts. This distance never mattered before. Now, it was front and center. My illness was an unexpected blow to my equilibrium—a lurching shadow on the wall of my complacency. I’ve gone through life with certain expectations, trying to keep control of my micro-universe. Someone else’s bad news was a momentary blip on my screen and I was grateful their troubles weren’t mine. I took my health for granted. I did. I don’t anymore. It was only last week I sat in my doctor’s office, legs dangling over the edge of the examination table, studying the circulatory system depicted on the oilcloth fellow mounted on the back of the door. April 1, 2004…no fooling. I found the lump, the size of a lemon, during a routine in-the-shower once over. Soapy and slick made the perfect canvas for detection. Must be a pulled muscle, I thought. A knot, not a lump, from gardening, or maybe my overenthusiastic practicing the routines from the Dumbbells for Smart People workshop. Why do we women do that? Delay attention to self and dismiss a sense of urgency? I waited nervously for the rustle of my chart being removed from the holder on the onside of the door that would signal it was my turn. Doctor Susan swept into the room and greeted me with her usual enthusiasm. She put me through a series of poses to detect the lump. First, I sat up straight facing her and she looked from breast to breast to detect a difference in size or shape. Then she gently moved her hand across my right breast, from top to bottom, feeling for the lump. It was big by anyone’s calculations. Finally, I hopped off the table, bent over at the waist to let gravity take over. My breasts hung down like pendulums and there was the lump protruding at the top of the right breast. “The good news, Jane, is it came on quickly and it’s free moving. You had a clear mammogram in June and a clear exam in December,” Doctor Susan explained. “It could be a plugged duct, not likely a cyst, or it could be cancerous.” She was alarmed and wasted no time. I was mute, staring at the circulatory system fellow but seeing a future of unknowns.

The first book on the subject of breast cancer survival from the point of view of a woman who has the support of seven sisters, If We Must Dance, Then I Will Lead combines memoir and science writing. A fresh voice tells a story of surviving a labyrinth of knives, needles, and radiation beams. Jane and her sisters were cut from the same cloth. The nuns told them, “Take it on the chin;” Mom said, “Offer it up for the poor souls in purgatory;” Daddy said, “Mind your mother.” There they were, grounded in acquiescence, long-suffering, and obedient when the beast tapped her on the shoulder and asked, “Shall we dance?” If We Must Dance, Then I Will Lead is laced with humor to soften the starkness of medical terminology. Julie, the certified cranial prosthesis fitter, sets Jane up with a wig that gives her a hairstyle that looks like the ladies at Thursday night Bingo. Esther, the breast prosthesis fitter, insists that she’s a D cup when she’s been a 36B since high school and doesn’t like the look of a rubber nipple showing through her sweater! This memoir will encourage women to advocate for themselves in the scary world of oncology.

Jane Rudden is an established writer in the field of literacy education. She holds an Ed.D. in curriculum and instruction with a concentration in reading. She is an author for Kendall/Hunt Publishing Group and Pearson Education Group. Jane divides her time between Lancaster, Pennsylvania, and Fenwick Island, Delaware.